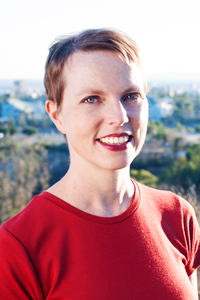 Mary McCoy lives in Los Angeles with her family and works as a librarian at the Los Angeles Public Library. She is also the author of Dead To Me and Camp So-and-So.

I think everyone has at least one historical yarn that they could really nail on an episode of Drunk History. Mine is the story of President Richard Nixon’s ratfuck squad.

In the 1960s, a crew of fraternity dudes at the University of Southern California sabotaged the student elections there through a series of ballot box-stuffing, pranking dirty tricks that they called “ratfucking.”

Ten years later, these fraternity dudes were working in Richard Nixon’s White House and for his re-election campaign, sabotaging his opponents, and organizing the Watergate break-in.

The Nixons and Trumps of the world (and the people who aid and abet them) didn’t just wake up one day with the balls to ratfuck a presidential election. They practiced. They practiced in elections no one cared about, where the stakes were so low anyone who noticed would probably have called it kid stuff.

It’s what I was thinking about around the time I read Robert Graves’s classic novel of ancient Rome, I, Claudius. And I was so enamored with it, so delighted by the natural ease with which the Julio-Claudian Empire mapped onto American high school, that I knew I had to write a contemporary retelling.

At I, Claudia‘s Imperial Day Academy, the Student Senate and Honor Councils occupy positions of enormous power. Ratfucking and dirty tricks are a regular part of elections, and people let it happen because it’s just a high school election, and the general feeling is, if you can’t handle the pressure, you probably can’t handle the job.

When Claudia is thrust into the political sphere, she’s forced to address questions that trouble me a lot: Is it possible to change a broken system when you’re part of it? Is it possible to wield power and still be a good person?

I don’t know the answer to these questions, but in our current political climate one thing that’s become clear to me is this: the ratfuckers of the world will have absolutely no compunction about sliding in and taking over your school or your city or your state or your country. So, like Claudia, you have to try. 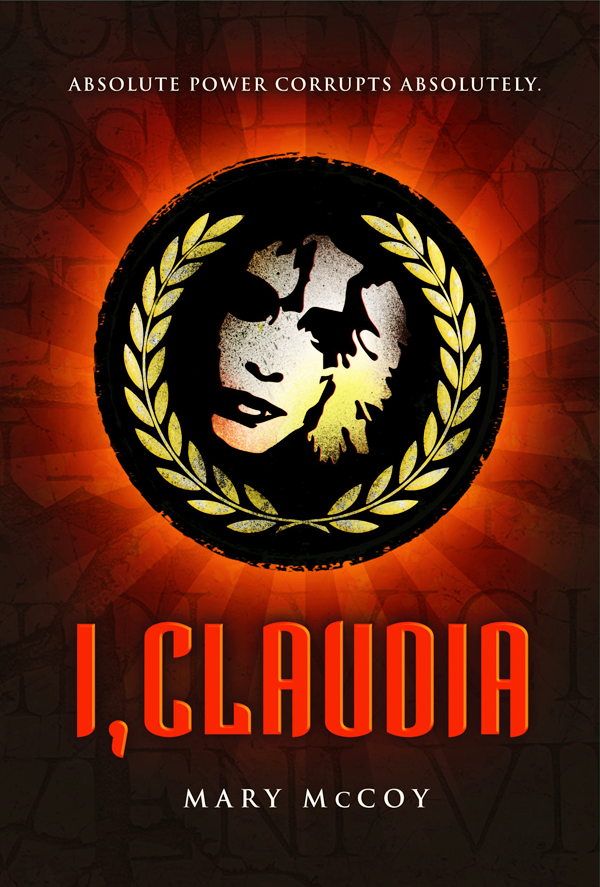 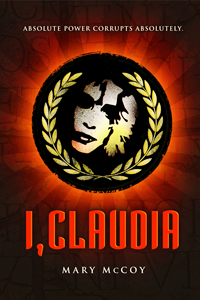 DISAFFECTED TEEN HISTORIAN CLAUDIA MCCARTHY never wanted to be in charge of anything at the elite Imperial Day Academy. She never even wanted to be noticed. But when she’s pulled into the tumultuous and high-profile worlds of the school’s Senate and Honor Council, suddenly Claudia is wielding power over her fellow students that she never expected to have and isn’t sure she wants.

Claudia vows to use her power to help the school. But there are forces aligned against her: shocking scandals, tyrants waiting in the wings, and political dilemmas with no easy answers. As Claudia struggles to be a force for good in the universe, she wrestles with the questions: does power inevitably corrupt? Can she rise to power without losing herself in the process?

Based loosely on Robert Graves’ I, Claudius, Mary McCoy’s novel sheds light on the insidious nature of political power through the lens of one very smart and shrewd girl who uses ingenious methods to tell her version of history.

As an extra, exciting bonus, Mary McCoy and Carolrhoda Lab have been kind enough to offer one lucky reader the opportunity to win an advance reader copy of I, Claudia! One winner will be chosen at random at the conclusion of the giveaway and the prize will be distributed by Carolrhoda Lab when ARCs become available. This contest is open to residents of the U.S. and Canada. Please fill out the Rafflecopter form below to enter!