Her Story: Ladies In Literature 2018 with Laura E. Weymouth 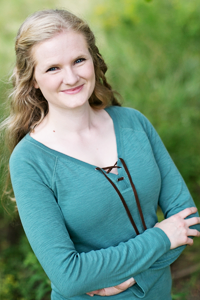 Laura Weymouth is a Canadian writer currently exiled to the strange and foreign wilds of Western New York. When not reading or writing, you can find her tending things that grow – kids, cats, poultry, plants, and ideas. The Light Between Worlds is her debut novel and will be followed by a second, untitled project in 2019.

All my life, I’ve been haunted by a sense of rootlessness. For two centuries my family has moved from place to place. I’m the sixth consecutive generation of immigrants, and maybe there are more — I lost track of us back in Europe, somewhere around Switzerland and Germany and the Netherlands, so who knows?

My mother’s side of the family, especially, left me with a peculiar legacy. My great-grandparents fled Russia — where their predecessors moved after being offered farmland and religious protection by Catherine the Great — in the wake of the Russian civil war. I grew up hearing stories of what had happened to our people, the Mennonites, during that time. Stories of abductions, of forced marches, of murders, of villages burning and people vanishing, taken off to Siberian work camps where they would never be seen again. I heard, too, stories of poverty after arriving in Canada, of my great-grandmother’s non-consensual sterilization, of how she never recovered from that surgery, eventually dying from it when she wasn’t much older than I am now. And I heard how, when she was unable to look after her children or afford outside help, she’d leave the care of her three year old son to my five year old grandmother day after day.

“I watched Waldemar walk through the gate,” Oma Bergmann would tell us, in the same cheerful, matter of fact voice she used for every story. “I remember waving goodbye, because he wanted to go away to play. The next day they found him, lying drowned in a ditch a few miles from home.”

So many stories, all of them fit to break your heart, but they taught me two things: that the world is unkind to the rootless, and that when people suffer, it is my duty to bear witness, and not to look away.

I honestly never knew I was hungry for a book that reflected my family history until the day I finally read one. I remember devouring it and immediately starting over again. Finnikin of the Rock is the story of a people exiled from their country by a curse — a rootless people, to whom the world is often bitterly cruel. And the central characters of the story, including Finnikin himself and a young novice named Evanjalin, bear unflinching witness to their people’s suffering.

“Do not cry,” she said fiercely, but her own tears flowed. “Do not cry, Finnikin. For if we begin, our tears will never end.”
He held her face in his hands, her tears catching in his fingers, his forehead against hers. Cursed land, Sir Topher had said. Cursed people.

I read, in the pages of that book, about fever camps. About riverside settlements. About forced marches. About massacres. And it wasn’t a shock, but a relief. I know these stories, I could feel my heart saying. They’re bound up in my blood and bones, and they’ve been poured into my ears. I see them in this world, everywhere I look. We are still unkind to the rootless.

It wasn’t just the story of Finnikin of the Rock, but the character of Evanjalin herself who proved a revelation to me. Throughout her journeying, bent on securing a home for her people, Evanjalin never forgets the past. She bears witness. She remembers.

“Have you forgotten your childhood in Lumatere?” Finnikin asked quietly when the guide signaled they were close to the fort.
“No,” she said. “I remember every single moment and will until the day I die.”

At the same time, Evanjalin never allows her remembering to distract her from the task she’s set for herself—making a home for others. Bringing them to a safe haven.

“You list the dead. You tell the stories of the past. You write about the catastrophes and the massacres. What about the living, Finnikin? Who honors them?”

Everything Evanjalin does is fueled by a burning desire to bring her people together and find safe harbor for them. To get them back to the Lumatere they left, not because it will feel like the home life robbed them of, but because it’s the best chance they have at starting over. To build a new home, from the ground up. To grow new roots where the old ones were cut off.

Evanjalin’s own home is lost, but she carries on bravely into the future, leading her people. And by the time I finished her story, she’d taught me a third lesson. I already knew that the world was unkind to the rootless. I already knew that it is our duty to bear witness to suffering.

What I learned from Evanjalin is that our roots don’t have to go into the ground. Home doesn’t have to be the product of a place.

But Evanjalin’s first priority was the survival of the people. Because the people were Lumatere.

I no longer feel rootless, thanks to Evanjalin, because she taught me to put down roots of a different sort. They don’t lie in the ground outside of Buffalo, or on the Canadian prairies. They don’t lie in Russia, or Brazil, or Switzerland, or Germany, or all the many places we’ve been.

They lie in my memory, stretching back, twining around my grandparents who are always with me in spirit, and the great-grandparents I never knew but whose stories I heard so often. They lie between me and my parents, my sisters, my many cousins. They’ve grown out to enfold beloved friends — brilliant, wonderful people who are found family in the truest sense of the word.

The greatest taproots of all bind me to my children. Someday, I will sit them down and tell them our stories. 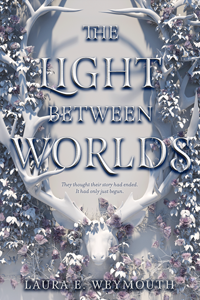 Six years ago, sisters Evelyn and Philippa Hapwell were swept away to a strange and beautiful kingdom called the Woodlands, where they lived for years. But ever since they returned to their lives in post-WWII England, they have struggled to adjust.

Ev desperately wants to return to the Woodlands, and Philippa just wants to move on. When Ev goes missing, Philippa must confront the depth of her sister’s despair and the painful truths they’ve been running from. As the weeks unfold, Philippa wonders if Ev truly did find a way home, or if the weight of their worlds pulled her under.