Her Story: Ladies In Literature with Lily Anderson 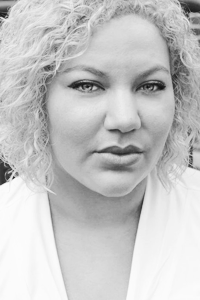 Lily Anderson is a school librarian and Melvil Dewey fangirl with an ever-growing collection of musical theater tattoos and Harry Potter ephemera. She lives in Northern California, far from her mortal enemy: the snow.

Like Hogwarts houses and Sex and the City characters, there are four March sisters in Louisa May Alcott’s Little Women. (Yes, in this analogy, Beth is Hufflepuff AND Charlotte. Deal with it.) It should be simple to declare allegiance to one character. Alcott never attempted to make it a secret that each of the girls boils down to one tragic flaw. (Chapters six through nine actually detail each girl’s internal struggle in painstaking detail, using Pilgrim’s Progress’ metaphors as a highlight).

And yet, most people will tell you that their favorite March sister is Jo. She’s not just their favorite — she’s an aspirational figure, a character that unlocks something in readers.

I should love Jo March.

First off, I’m a writer and Jo is Louisa May’s analogue in the Little Women universe. And, like Jo forcing her sisters to perform in her plays, I used to think my life would be devoted to the theater. In elementary school, I wrote all of our school plays for a year and starred in them too. In college, I dreamed about opening a theater company that would do gender-flipped shows or super pared down productions of spectacle musicals.

I was a daydreamer and, thus, I was supposed to be Jo.

Meg March is the oldest March sister. With their father is away at war, she operates as Marmee’s right hand while also trying to balance her own adolescent hopes and fears. She tries on the lives of the other girls in town, but she can’t compromise her values enough to run with the Plastics of Concord – Sallie Gardiner and the Moffat sisters. Being dressed up and expected to drink champagne and make nice makes her feel like “a doll,” empty and a traitor to her own morality. She has to stifle everything she likes about herself to fit in and is ashamed enough to never attempted again.

Jo leaves Massachusetts and finds herself in New York, elbowing her way into the male-dominated world of writing. Amy flourishes in Europe, shaming Laurie into loving her and painting.

And Meg stays in Concord. She doesn’t have to stay rooted in her childhood like the sickly Beth. But she keeps close to home. She marries the tutor from next door, untroubled by the fact that Jo thinks he’s too boring (not that Jo has any room to judge — Professor Bhaer much?).

As someone who only managed a brief stint in college before my (then untreated) anxiety disorder sent me back home, I took so much comfort in Meg March’s quiet life. I had friends who were Jos and Amys — moving far from home, making new friends with ease, traipsing around Europe without any sign of trepidation. It was too easy to compare myself to them and fall short. Here I was, back in California, living half an hour away from where I grew up, working as an elementary school librarian. Suburban. Domestic.

Meg March helped me shut down those doubts. She wasn’t a failure for having chosen a quieter path. No one accused her of squandering herself and her talents. Despite her own comparisons to wealthy friends and wrestling with her vanity and pride, Meg chose the quiet life not because it was easy but because she was fulfilled in doing so.

I love the Jos and Amys and Beths in my life. I relish their stories, their adventures, and their dreams. 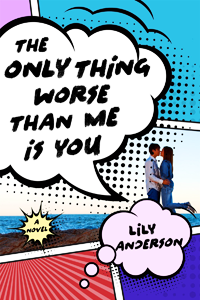 Trixie Watson has two very important goals for senior year: to finally save enough to buy the set of Doctor Who figurines at the local comic books store, and to place third in her class and knock Ben West – and his horrendous new mustache that he spent all summer growing – down to number four.

Trixie will do anything to get her name ranked over Ben’s, including give up sleep and comic books – well, maybe not comic books – but definitely sleep. After all, the war of Watson v. West is as vicious as the Doctor v. Daleks and Browncoats v. Alliance combined, and it goes all the way back to the infamous monkey bars incident in the first grade. Over a decade later, it’s time to declare a champion once and for all.

The war is Trixie’s for the winning, until her best friend starts dating Ben’s best friend and the two are unceremoniously dumped together and told to play nice. Finding common ground is odious and tooth-pullingly-painful, but Trixie and Ben’s cautious truce slowly transforms into a fandom-based tentative friendship. When Trixie’s best friend gets expelled for cheating and Trixie cries foul play, however, they have to choose who to believe and which side they’re on – and they might not pick the same side.