New Kids On The Block 2019 with Chris Baron 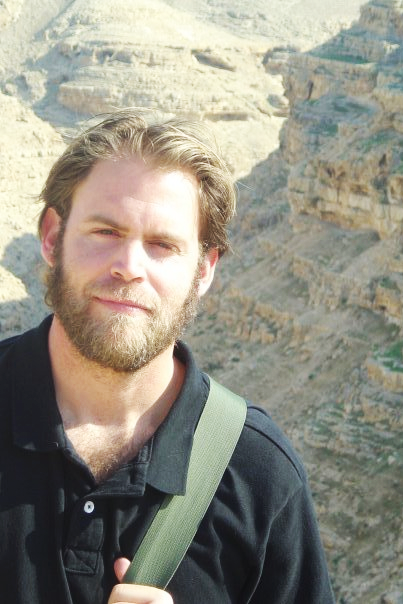 Chris Baron’s Middle Grade debut, All Of Me, a novel in verse from Feiwel & Friends/Macmillan, is coming June 2019. He is a Professor of English at San Diego City College and the director of the Writing Center. Baron has published numerous poems and articles in magazines and journals around the country, performed on radio programs, and participated in many readings, lectures, and panels. He grew up in New York City, but he completed his MFA in Poetry in 1998 at SDSU. Baron’s first book of poetry, Under the Broom Tree, was released in 2012 on CityWorks Press as part of Lantern Tree: Four Books of Poems (which won the San Diego Book Award for best poetry anthology). He is represented by the amazing Rena Rossner from the Deborah Harris Literary Agency.

All Of Me
Set in San Francisco, it is the story of Ari Rosensweig, an overweight, seventh grade boy who loves cryptozoology and role-playing games. But he’s the new kid, and it’s a difficult adjustment moving all the way from New York. Ari is tired of being bullied and letting his weight define him. His parents’ marriage is struggling. They are too busy to focus on his life, much less help him with his already late bar mitzvah. Ari’s mother, a painter and sculptor, decides to open a gallery at the beach that summer. She puts him on a diet, and with the help of some faithful friends, he tries to make a change physically, but the diet is not the answer-it’s just beginning of the real change that comes.

Is it a True Story?
One of the first questions people ask me about All Of Me is whether t is a true story. It’s hard to answer this. It is absolutely true – I lived in NYC and San Francisco. I did spend a summer at the beach trying to change my body – but it is also fiction. It’s a fictional retelling of my story. Stories saved my life. I hope All Of Me and whatever books I have the privilege of writing will be stories that heal. I know that kids lives change through stories.

How Did it Start?
Also, here is one little anecdote I consider a “launch pad “story. When my book of (adult) poetry came out a few years ago, at the release, I was reading to a theatre full of people, and some of the poems were extremely serious. I decided to read some of lighter poems about growing up, and about my own children. I will never forget what happened after that. I read this poem “First Kiss.” Here are just a few lines…

“Fat kids don’t have girlfriends.
Friends yes, but not kissing,
not even in third grade.
So imagine my surprise…”

The audience laughed with relief, but I remember looking out and seeing a good friend of mine, a pretty amazing YA writer who would later become one of my greatest supporters, looked at me wide-eyed from the crowd. After the reading, he ran up to me, grabbed me by the shoulders and said, “Dude, you have got to write a Middle Grade Book! That’s where it all started.

Why Verse?
I will say that so many kid lit authors have incredibly poetic, lyrical lines in their prose, so the gap isn’t always that wide. I think that poetry speaks to the heart. We see with more than just our eyes, and the music of poetry helps to make words sing directly to us.

Poetry relates to all kinds of readers. There is space on the page, measured breaks, pacing, music, and movement of lines that a reader of almost any level can find their way into. The structure of verse creates an intimacy with a reader that allows them to hear the tone and cadence of a character’s voice. This can create even stronger connections for readers.

Body Image is also in the Mind
I grew up in Manhattan, and I remember the first time I noticed that my weight mattered. After temple one Saturday, with my grandmother in Brooklyn, some of her friends walked up to little kid me, and started kvelling. My grandmother, so sweet, well-meaning, looked at me, and then she told them that I was getting skinnier all the time. Skinner? I wasn’t skinny. I knew that already, but what I didn’t know is how much that mattered to her. She meant no harm, none. But this is the first voice that stayed with me. The first voice telling me that somehow the body I was in wasn’t the right body yet. That was the first of many voices, some well meaning, some cruel, that shaped so much of how I still struggle to see myself at times. I know what it feels like to be helpless against bullies, and to feel like the only thing you can do is change yourself.

Even later in life, as a college athlete, a basketball gym rat, surfing all the time, healthy by societal standards, I still felt like my weight was a work in progress. I struggled with self acceptance.

Overweight kids are often left out of the story. Sometimes they are comic relief. I love comedy relief as much as anyone, but there is no reason why overweight kids can’t also be heroes of the story. In All Of Me, I want kids to see some part of themselves. I hope readers will learn about empathy and kindness for others, Jewish culture and tradition, but also faith in general, overcoming struggles with body image, friendship, taking risks, and learning more about being brave and being themselves no matter what. I hope readers, especially the young ones, will know that if they are going through difficult things like this, that they are not alone! 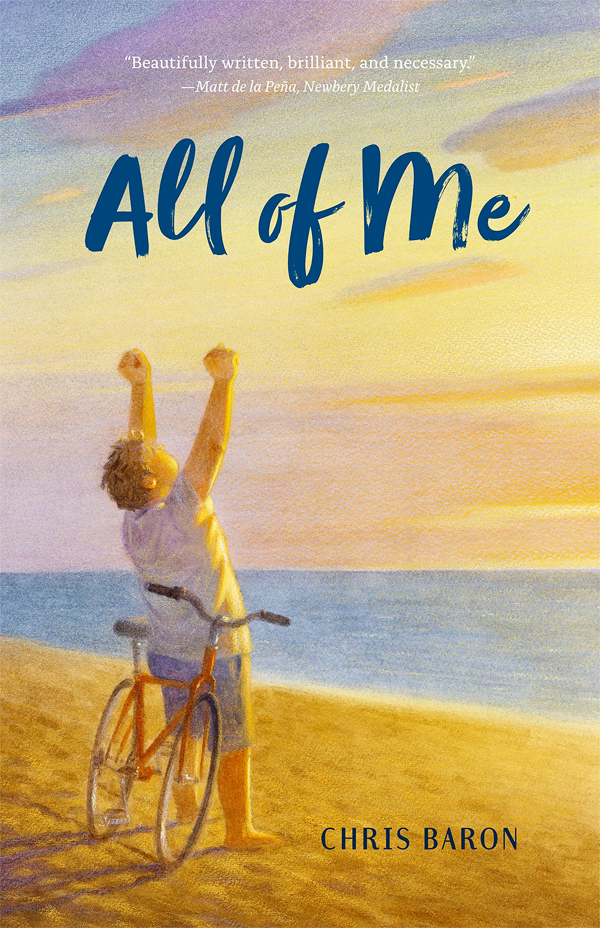 Ari has body-image issues. After a move across the country, his parents work selling and promoting his mother’s paintings and sculptures. Ari’s bohemian mother needs space to create, and his father is gone for long stretches of time on “sales” trips.

Meanwhile, Ari makes new friends: Pick, the gamer; the artsy Jorge, and the troubled Lisa. He is also relentlessly bullied because he’s overweight, but he can’t tell his parents—they’re simply not around enough to listen.

After an upsetting incident, Ari’s mom suggests he go on a diet, and she gives him a book to help. But the book — and the diet — can’t fix everything. As Ari faces the demise of his parents’ marriage, he also feels himself changing, both emotionally and physically. Here is a much-needed story about accepting the imperfect in oneself and in life.