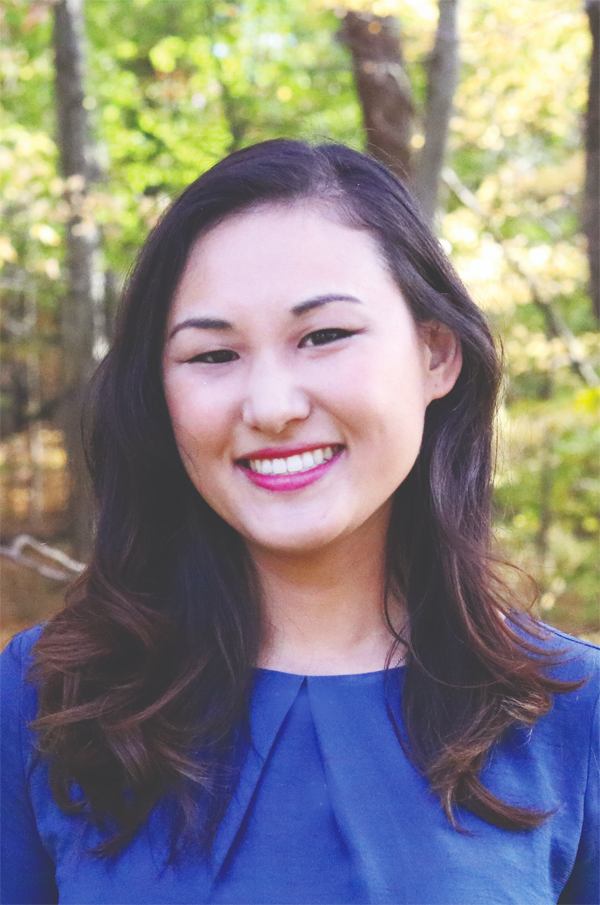 Kat Cho used to hide books under the bathroom sink and then sneak in there to read after bedtime. Her parents pretended not to know. This helped when she decided to write a dinosaur time-travel novel at the tender age of nine. Sadly, that book was not published. She currently lives and works in NYC and spends her free time trying to figure out what kind of puppy to adopt. Kat’s YA contemporary fantasy debut, Wicked Fox, comes out with Putnam Books for Young Readers/Penguin in summer 2019.

Growing up, there weren’t many books that were about non-Western worlds or families. In fact, the only big book that I can recall centering around Asian characters was The Joy Luck Club. Now, I really enjoyed The Joy Luck Club. I think it’s a very important book and was an important story to tell that speaks to me on many levels as the child of an immigrant. The experience of POC in America is often about retaining our identity while still fitting in enough to survive. It’s a hard line to walk. And it’s a very important story to tell.

However, it’s also not all there is to being a person of color in our world. And, as I grew up, I longed for a book that included a POC protagonist that wasn’t all about that protagonist’s struggle with being POC and trying to fit in because of it. I wanted a story that starred POC that inspired fandoms. With characters I could have dressed up as on Halloween (when I was younger the only options were Mulan and the kid from Up). I wanted a book where we were a superhero just because. Where we were the love interest just because. And where we could celebrate our culture but we didn’t have to explain why we wanted to celebrate our culture. It’s why I decided to write Wicked Fox, a story about a Korean nine-tailed fox (gumiho) who must kill to survive until she falls in love. It’s rooted in Korean culture, but never do my characters question their Koreanness or how they fit in because of it. I wanted to add a story that could celebrate my culture without having to explain why we do what we do or live how we live. And, I’m so excited that there are so many books that have come out in the last few years that do that as well! Here are a few of my recent faves! 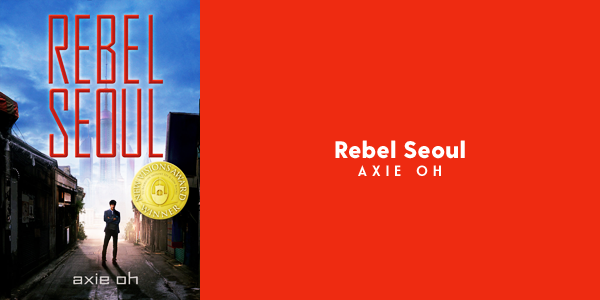 This book is about being Korean in a way that feels so authentic because it concentrates on the concept of nationhood. It’s not about the struggle of being POC but instead about what Korea means to so many Koreans. And how the concept of nationhood and Korean pride is something that we all carry with us, because Koreanness was almost robbed from us before (and even during) the Korean War. Being proud of being Korean is something I’ve always had ingrained in me even without knowing why. But then I heard my grandmother tell stories about how there was a time when we were occupied and the occupiers tried to take our culture away. That made me realize why so many of the older generations in my family talk about being Korean with such pride in their voice. And that sense of pride is well reflected in Rebel Seoul even though the world Axie Oh built is a fantastical futuristic vision. 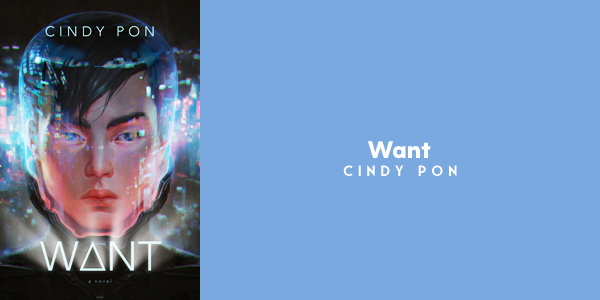 Another book set in a futuristic world, Want explores a future Taipei and the consequences of decisions made by those in power. Of course, there are struggles in the story, but none of them involve the character’s sense of their own identity as Taiwanese teens. Instead it’s a struggle of survival in a book that allows Taiwanese kids be the heroes of their own story! 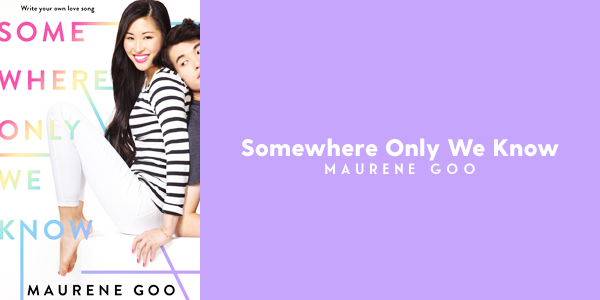 Love this book that combines K-pop with a retelling of one of my favorite Audrey Hepburn movie, Roman Holiday. The characters are Asian teens frolicking through an Asian setting. And while, they have many problems to face, like fame and responsibility and hidden identities, neither of them are forced to question whether they’re allowed to be the star of their own story. 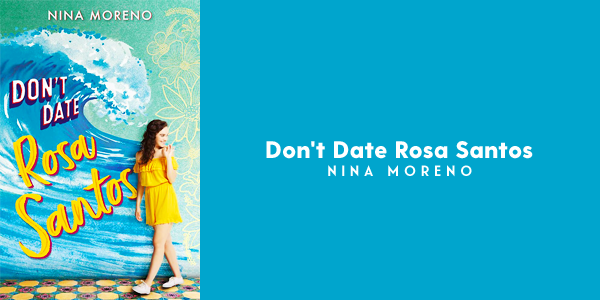 A story that’s about family, but so clearly it’s about a Cuban family. Not because they are struggling to survive in America, but because of they way they love each other and interact with each other. While it doesn’t shy away from addressing issues of being an immigrant in America, that’s not all that defines Rosa and her family. It’s pitched as a Cuban Gilmore Girls and I couldn’t agree more. What I loved about Gilmore Girls as a kid growing up was that the root relationship was between the mother and daughter, and Nina Moreno captured that so beautifully in Don’t Date Rosa Santos! 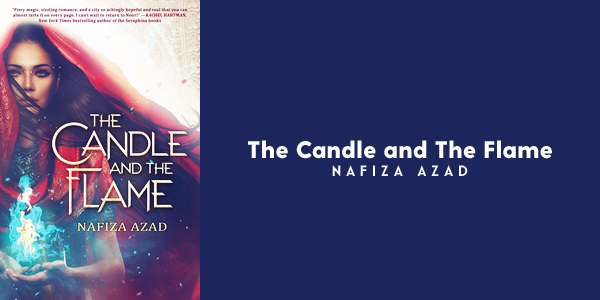 I love this book so much. It’s inspired by the silk road and Muslim culture. But, again, it’s not about the struggle the way we might think in current political climates. Instead, it explores the nuance of being someone without roots using the very nomadic existence along the Silk Road as its rubric. It builds a beautiful fantasy world that’s very obviously rooted in Muslim culture and celebrating that culture in a way only someone from the inside could. 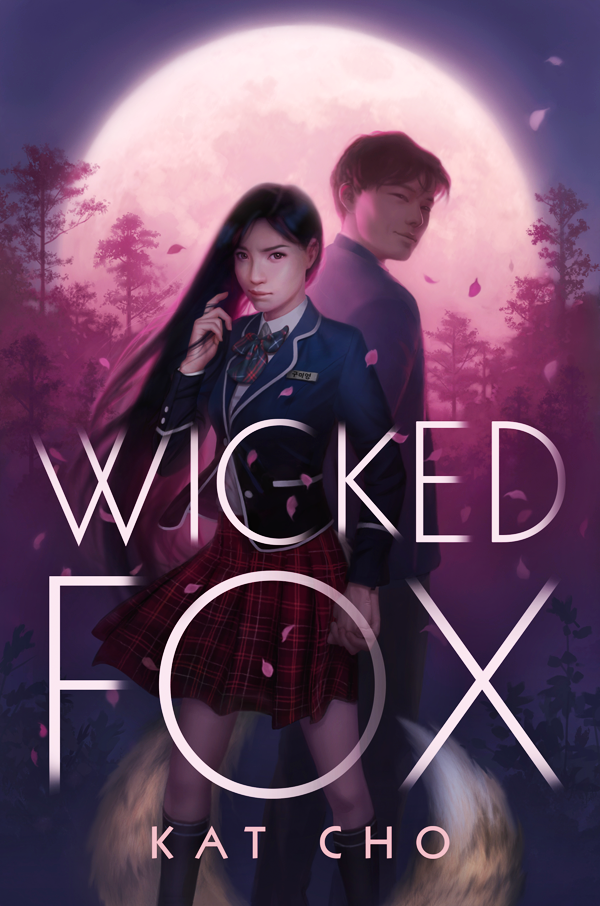 Eighteen-year-old Gu Miyoung has a secret – she’s a gumiho, a nine-tailed fox who must devour the energy of men in order to survive. Because so few believe in the old tales anymore, and with so many evil men no one will miss, the modern city of Seoul is the perfect place to hide and hunt.

But after feeding one full moon, Miyoung crosses paths with Jihoon, a human boy, being attacked by a goblin deep in the forest. Against her better judgment, she violates the rules of survival to rescue the boy, losing her fox bead – her gumiho soul – in the process.

Jihoon knows Miyoung is more than just a beautiful girl – he saw her nine tails the night she saved his life. His grandmother used to tell him stories of the gumiho, of their power and the danger they pose to men. He’s drawn to her anyway.

With murderous forces lurking in the background, Miyoung and Jihoon develop a tenuous friendship that blossoms into something more. But when a young shaman tries to reunite Miyoung with her bead, the consequences are disastrous and reignite a generations-old feud…forcing Miyoung to choose between her immortal life and Jihoon’s.