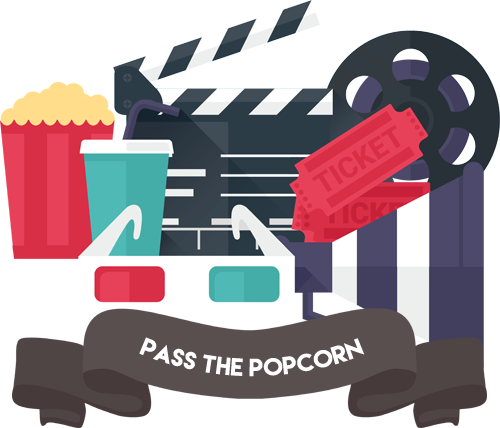 Pass The Popcorn is a sporadic feature on Pop! Goes The Reader in which I discuss various aspects of some of my favourite films and/or television shows.

Well, here goes nothing! It’s time for the introduction of a new feature on Pop! Goes The Reader!

While I’ve always known that books and reading would act as the primary focus of Pop! Goes The Reader as they’re what I’m most enthusiastic about, I also knew from the outset that I eventually wanted to take the time to touch upon some of my other interests as well. As some of you might know, I’ve affectionally labeled myself a self-professed ‘television addict’, which is a good-natured way of saying that I spend more time watching television than a professional might deem healthy or sane. During an average television season I can ordinarily be found watching anywhere from twenty-two to twenty-five shows per week. ‘Rabbit Ears’ was created primarily as a means of creating a dialogue about some of the series I’m currently watching, or those I’ve loved in the past.

For the first edition of Rabbit Ears, I’ve decided to use Halloween as the inspiration for today’s topic. While I was never the most enthusiastic proponent of the holiday when I was growing up (I enjoyed neither dressing up nor eating candy. I was a joy.), I’ve always been an ardent fan of the Horror genre. Whether I was devouring the novels of R.L. Stine as a child or bowing at the altar of Alfred Hitchcock and Wes Craven, I’ve always enjoyed the sensation of being scared. Now, as an adult, there’s nothing I like to do more on Halloween night than sit down with a warm bowl of buttered popcorn, miniature candy – because when it’s that small the calories don’t count – and indulge in a horror movie marathon. So, without further ado…

“The Devil You Know”

“And They Called It Puppy Love”

Searching for a bigger commitment? Why not try these television series …