Hi everyone! Back in May I was fortunate enough to partner with HMH Teen in order to host the pre-order campaign reveal for Megan Shepherd’s Midnight Beauties, but one of the many items readers will receive as a reward for pre-ordering (the exclusive art print) wasn’t yet ready to be shared. Well, today it is, and you can find it right here on Pop! Goes The Reader! I’m very excited to share Mona May’s stunning illustration with you and to have had an opportunity to interview the artist herself! Mona’s beautiful print featuring Anouk, Viggo and the rest of the gang will be given to all readers who pre-order Midnight Beauties by August 13th 2019 (while supplies last), along with a number of other exciting gifts including an exclusive eNovella, signed bookplate, and more! Please read on for all the details about how you can become eligible for the Midnight Beauties pre-order rewards and how to contact HMH Teen to claim your rewards. 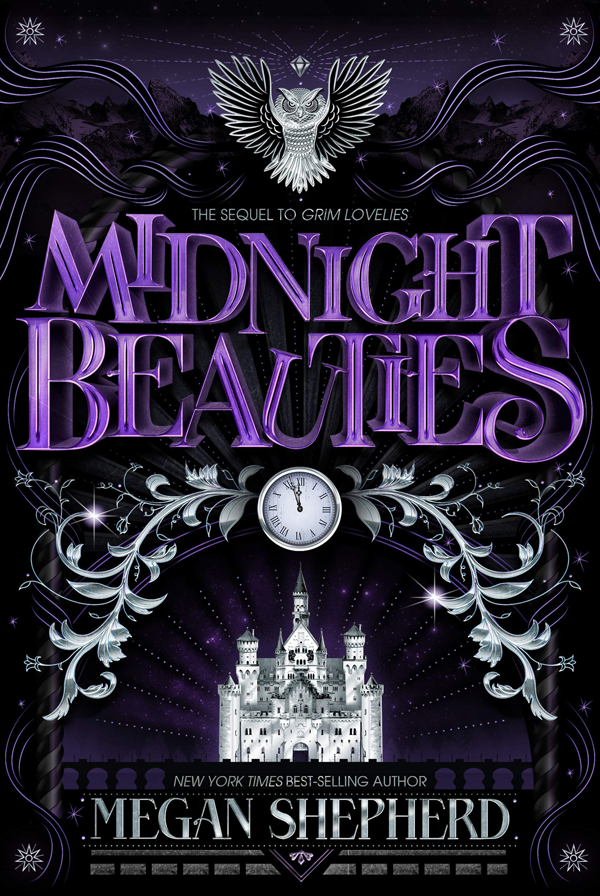 Pre-order your copy of Midnight Beauties at any retailer by August 13th 2019, fill out this form, and email [email protected] your proof of purchase. (This offer is only good while supplies last.)

Readers who pre-order Midnight Beauties by August 13th 2019 will receive:

● Tricks and Whispers, an exclusive eNovella about Cricket
● An exclusive art print
● A specialized leather bookmark
● A sticker
● A signed bookplate 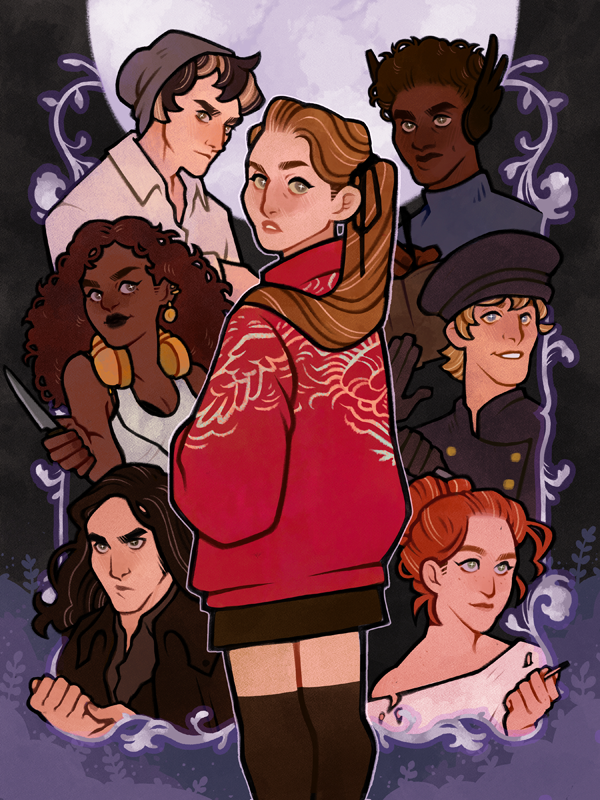 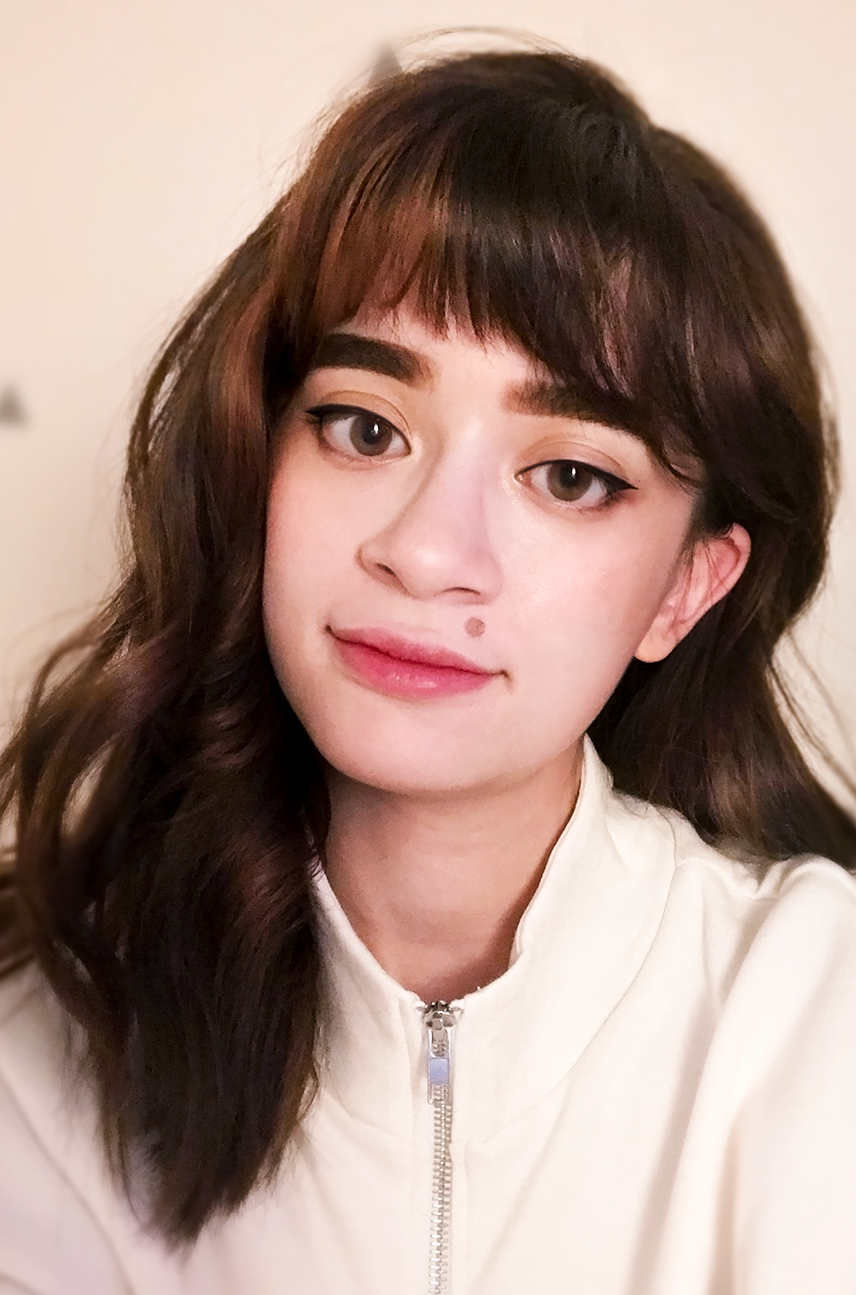 Mona May is a freelance illustrator and cat fosterer with a passion for all things magical and fantastical. She aims to bring a playful touch to the characters that enchant her from between the pages of her favourite books. Her work was featured in the limited edition of A Darker Shade of Magic by V.E.Schwab and in the previous preorder campaign for Jay Kristoff’s LIF3LIK3. Mona is currently nestled in the south-east of England.

1. Hi, Mona! Thank you so much for agreeing to stop by Pop! Goes The Reader! I’d love to learn a little more about you! Did you always know you wanted to work in the field of visual arts and design in some capacity?

Hello! Thank you so much for having me. I was introduced to art at a very young age thanks to my grandfather and his step-by-step lessons at the dinner table on how to draw a horse or how to draw one of the dwarves from Snow White – the identity of whom seemed to be ever changing. However, although I enjoyed it, it wasn’t a career path that seemed realistic to my family the older I grew. The more conventional routes of becoming a doctor/accountant/etc were dangled over my head instead and so my mind didn’t dare wander to thoughts of becoming what I believed was the sparkling fantasy of an artist! Thus for most of my life, art to me was no more than doodling in and between classes. I didn’t envision it getting further than that and as I grew older, the fact I didn’t attend art school – which seemed like the be all and end all at the time – meant I felt significantly less equipped to even fathom venturing forwards with my art. However, looking back, I think that was actually the catalyst of my journey into this field.

It was thanks to this arguably “defeatist” mindset that I opened up to just drawing whatever felt meaningful and inspiring to me. Instead of approaching art with the mindset of meeting expectations or trying to catch up with the professionals who seemed mountains and peaks out of reach, I indulged in fan art and experimentation and freedom. I just wanted to be happy and enjoy creating! It paid off when some commissions and work started to come in. It took the taste of exciting and fitting opportunities for me to realise that this could actually be a realistic avenue and not just a far off dream shrouded in a fairytale haze. So it was only about three years ago that I decided to commit myself to giving this my best shot and I’ve been incredibly lucky and am thankful for the projects I have had the chance to work on so far!

2. Are there any artists, pieces of artwork or other sources of inspiration you find are a particular influence or inspiration?

The number one artist that jumps to mind is one I used to follow with dedication aeons ago during my DeviantART days. Their online name is Wavesheep and their shape language and subject matter – often characters from Middle Earth and the like – really grabbed me. I had fallen into the trap I feel many artists have at some point in their journey, where they believe that being a good artist meant only striving to produce the most realistic and technically accurate work. It was in styles like Wavesheep’s that I realised that there is so much more to art than capturing replicas of what we see – not that that isn’t just as incredible and awe inspiring in itself! It granted me the freedom I needed to get my hands dirty in the playground of more stylised work that rang truer to me as an individual.

In general, my inspiration comes from books, games and shows or movies that tick my fantasy box. I’ll revel in their worlds and aesthetics so when I feel a little low on the creative juices, I know where to go for a top up!

3. How did you become involved with the Midnight Beauties pre-order campaign and come to create the exclusive print for it?

I had initially encountered Megan Shepherd’s work through the gorgeous art Mélanie Bourgeois (@MelieScribbles) produced for the Grim Lovelies campaign. Seeing the set of cards with the characters’ headshots, asn artist, really caught my attention and I’m thankful that it was what lead me to the book. It was in June that HMH reached out to me to see if I could create a piece for a print that would include the seven characters with Anouk front and centre. Having enjoyed the book and concept, I was more than happy to take a crack at it!

4. I’d love to hear more about your artistic process! Were you given a copy of Grim Lovelies and/or Midnight Beauties to read beforehand to familiarize yourself with the characters and world Megan Shepherd had created? Was there a particular aspect of the story you knew you wanted to feature in your work? How much (or how little) input were you given by the publisher or the author as to the direction, theme and style of the print?

I had already read Grim Lovelies so I felt prepared and appropriately informed on the ambience and feel of the characters before the beginning of the project. I haven’t had my hands on Midnight Beauties yet, as this piece was to capture the cast as we know them within the time frame of the first book – so I get to enjoy that along with everyone else at the release! I knew immediately that I wanted to have the colour palette compliment that of the Midnight Beauties cover – not only are they attractive colours, but it felt like appropriate to link it with the pre-order launch. Besides the initial concept they provided me, I was given free rein as to how I wanted to interpret and fill the rest of the print. When it came to the more specific elements, I knew from the start that I wanted to draw Viggo with his hair mid-fade as that was a strong and striking detail to include that would also help set the boys apart.

5. Was this the first concept that you came up with for the print? If not, what we some of the other ideas you toyed with?

HMH actually approached me with a pretty clear concept in mind. I was provided a little moodboard of compositions and posters that achieved the idea they wanted so it was relatively straightforward to work with that. It was then up to me to provide some “flourish” to it and that is where I felt adding a border that nodded to the beautiful filigree seen on both book covers would tie it nicely to the series.

6. What were some of your favourite aspects of and/or biggest challenges when designing and creating the Midnight Beauties print?

My absolute favourite part of art is character design. This is probably why I ended up doing so much book fan art because it’s like having a novel-long brief of characters and their world! Plus, one of my favourite things to do after finishing a book or a series is to peruse the wealth of fan art and all different interpretations everyone had of the characters in their mind’s eye. So for this project, it was definitely putting my flair on how I envisioned the cast in my style that was my favourite aspect.

The most challenging parts was probably the composition. Working with multiple characters like this can call for a lot of rearranging and restarting to find a happy balance and keep it readable. Otherwise, it can start to feel a bit out of control or too busy and end up uncomfortable to look at – and who wants to put that up on their wall?