‘Tis The Season: Authors Talk Holidays is a special seasonal feature on Pop! Goes The Reader in which some of my favourite authors help me to celebrate the spirit of the season and spread a little holiday cheer. So, pour yourself a cup of hot chocolate and snuggle in by the fireside as they answer the question: “What does the holiday season mean to you?” You can find a complete list of this year’s participants and their scheduled guest post dates Here! 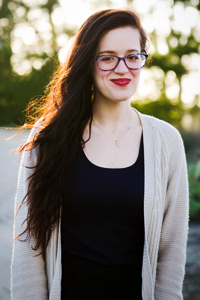 Southern California native, Heather Ezell was evacuated for a fire at the age of three and subsequently grew up with an obsessive fear of wildfires. She has been chasing reprieve from California’s heat ever since–from the Rocky Mountains to Interior Alaska. Heather graduated from Colorado College with a degree in English literature and creative writing, and she currently lives in the Pacific Northwest where she writes, practices amateur ballet in the forest, and obsesses over the weather.

In Orange County, December means late night gusts slamming against windows and doors, blistering Santa Ana wind’s clearing out the sky so that the stars are extra bright Christmas night. Holiday mornings – when I think of them I think of my siblings and I racing down the stairs to find our trampoline blown into our neighbor’s yard, a sycamore tree collapsed across the driveway, brown brittle leaves strewn across the streets like snow. It’s no surprise to those who know me that when I think of December, of Christmas, I think of the weather — it’s my compass and the most reliable tradition I know.

As a child, as for so many, December was ruled by tradition. The traditions of the weather, of Sing Noelle, long days spent at church, pancakes with Santa in the chapel, reenacting the nativity scene on Christmas Eve with my siblings. My sisters and I would fight over who would play Mary and the angel, and who would be stuck playing the wise man. My brother always played Joseph. Even when we left the church, we continued those reenactments — tradition, my father said, and I said — even when I couldn’t go three minutes into our performance without laughing. We did those reenactments until it started to feel sacrilegious and less a tradition but more an obligation to our Mormon heritage.

I think of December and I think of tradition, of what I knew and could cling to every year as I grew. The house always so warm and smelling of pine and turpentine and sugar, garland scratchy on my skin as I gripped the stair landing, our brambling hill across the street wind whipped and raw, waking to damage outside from the wind, new pajamas, too much food, my siblings and I waiting for the OK to come downstairs to the living room because tradition.

I used to fear a break in tradition. This fear came from my father, I think. A change of plans made (and, okay, makes) my chest tight. Growing up, even as a child, I had a strict vision of what the holidays looked like: specific decorations, particular family gatherings, a trip to Utah if we were lucky, a tightly executed plan, everyone together, everything prefect. But that’s not that’s not Christmas. December, the holidays, it’s patience with the new, with the conflicts, with necessary adjustment. It’s warmth and hope, gratitude and forgiveness. It’s flexibility, opening hearts for the renewal of the new year. It’s creating a sense of home and childlike wonder and gratitude. It’s accepting a dark year past and hoping for better days. It’s finding magic in the mundane, the traditions, and the new.

This year will be especially unique for me. Christmas Eve will be spent in my apartment with a rosemary bush cut into the shape of a small tree. I now live in Washington State, so it will likely be raining. I’ll spend the day waiting for my partner to come home from his twelve-hour shift. I’ll probably write and listen for wind that vaguely resembles my native Santa Ana gusts. Perhaps I’ll make a curry. Christmas morning will be a flight from Seattle to Indianapolis, a late dinner with a family not mine by blood but family nonetheless. It will be warm. It will be frantic. It will be sweet. New traditions are being made — as they are every year — but one thing will remain the same: On the morning of the 25th, regardless of the weather and place, I’ll wake up and whisper, it’s Christmas, as I have every year of my life. And I’ll feel warm wonder, no matter how momentary, and I’ll hear those hot Santa Ana winds in memory. 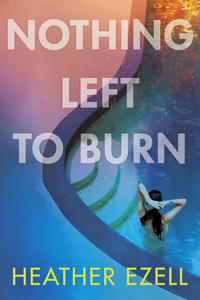 The autumn morning after sixteen-year-old Audrey Harper loses her virginity, she wakes to a loud, persistent knocking at her front door. Waiting for her are two firemen, there to let her know that the moment she’s been dreading has arrived: the enormous wildfire sweeping through Orange County, California, is now dangerously close to her idyllic gated community of Coto de Caza, and it’s time to evacuate.

Over the course of the next twenty-four hours, as Audrey wrestles with the possibility of losing her family home, she also recalls her early, easy summer days with Brooks, the charming, passionate, but troubled volunteer firefighter who enchants Audrey – and who is just as enthralled by her. But as summer tumbles into fall and secrets from Brooks’s dark past come to light, Audrey can’t help but wonder if there’s danger in the pull she feels – both toward this boy, and toward the fire burning in the distance. 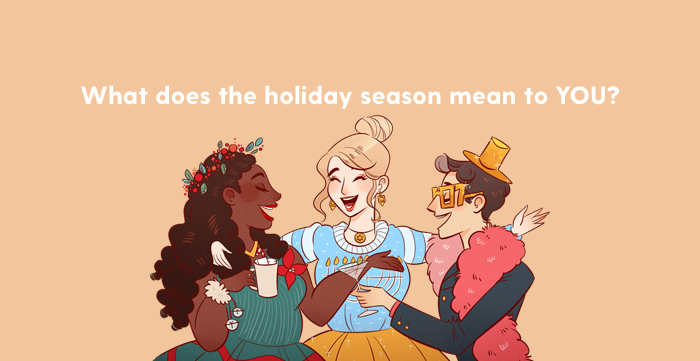