Hi everyone! Today I’m so excited and honoured to be hosting the exclusive cover reveal for Alison Cherry’s upcoming middle grade debut, The Classy Crooks Club, coming March 29th, 2016! I’ve been endlessly excited about this book ever since I first learned of it during our December 2014 interview and, having now seen the cover, I wouldn’t hesitate to declare it one of my favourites of all time. After you’ve spent an hour (or ten) admiring this truly spectacular cover, be sure to continue reading for an exclusive interview with illustrator and cover designer, Angela Li, as she delves a little more deeply into the process behind its design. 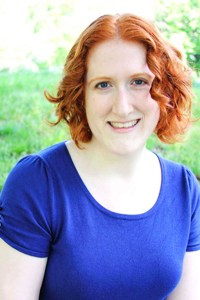 Alison grew up in Evanston, IL. She is a professional photographer and spent many years working as a lighting designer for theater, opera, and dance. Now she lives in Brooklyn and writes young adult novels full time. She is represented by the lovely and amazing Holly Root of Waxman Leavell. 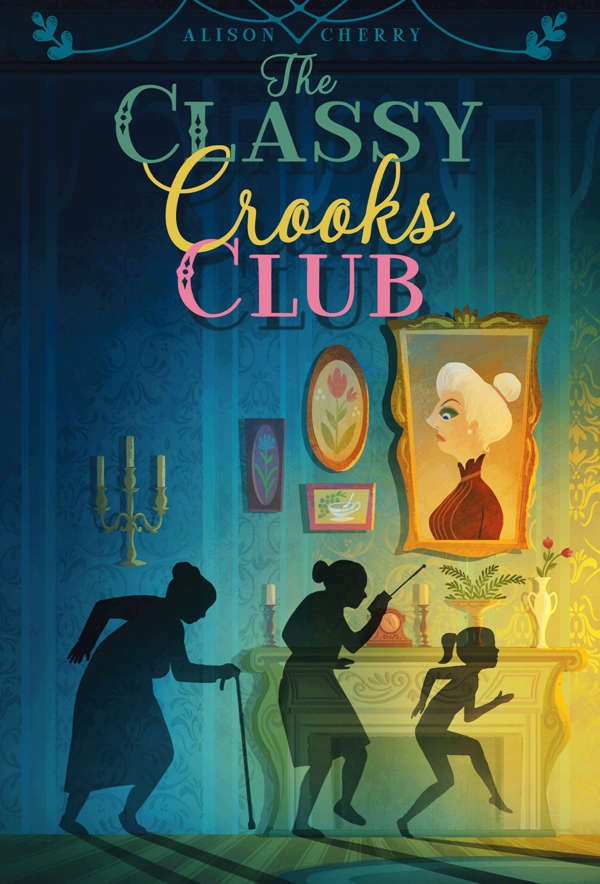 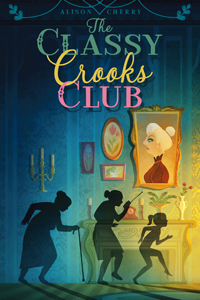 Twelve-year-old AJ dreads spending an entire month living with her strict Grandma Jo. Not only does her grandmother dictate how she walks, what she eats, and which rooms she can enter, she fills all AJ’s free time with boring sewing lessons. Grandma Jo wants nothing more than to transform her adventurous, fun-loving granddaughter into a prim and proper lady.

But AJ’s dull summer takes a sharp turn when she discovers that her grandmother’s “bridge group” is actually a heist club. When Grandma Jo offers to let AJ learn lock-picking instead of embroidery in exchange for help with a few capers, AJ is happy to join her grandmother’s madcap band of thieves, who claim to steal only for ethical reasons. But even the most respectable ladies can hide truly surprising secrets, and AJ finds she must decide for herself what it means to be one of the good guys. 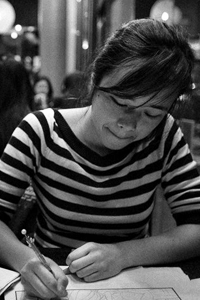 Angela Li studied Illustration at Art Center College of Design and has since worked in the entertainment industry on commercials and an animated Disney Junior TV show. She has also worked as a concept designer for Walt Disney Imagineering and loves bringing stories to life through her artwork. She currently resides in Los Angeles, where she enjoys her free time drinking tea, doodling, and hanging out with her awesome cat!

1. Did you always know you wanted to work in the field of visual arts and design in some capacity?

Growing up I was always drawing and knew that I liked art as a hobby but it wasn’t until I went to college that I realized I wanted to pursue the field professionally. It was challenging at first because, though I knew what I wanted, I had always been told that I wouldn’t be able to find a job or support myself in the arts. However, what eventually convinced me to pursue it was a visit to the Art Center College of Design where I saw how passionate the artists there were and how they made it all possible. I knew then that there was nothing else I wanted to do! 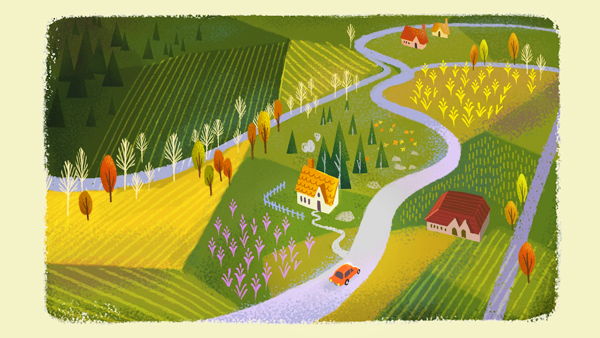 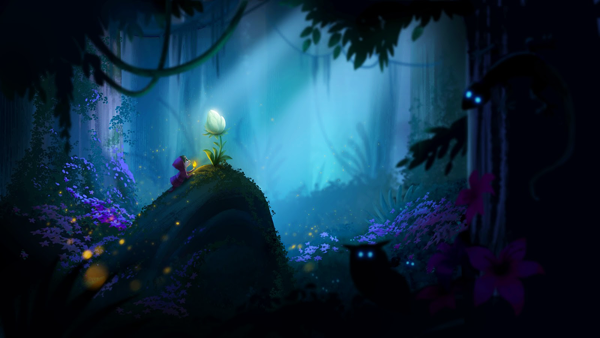 2. Who are some of your artistic influences? Which artist and/or works do you find particularly inspiring?
It is hard for me to pinpoint exactly who my influences are because there are so many talented artists out there that I find inspiring. My list is always growing and changing! I’ve always been a fan of old Disney golden book artists such as Mary Blair, J.P. Miller, and the Provensens. I’m also inspired by a lot of animation artists such as Dice Tsutsumi, Chris Turnham, and so many more.

3. In addition to this book cover, what other projects have you been working on recently?
My biggest current project is painting background designs for a Disney Junior television show, Miles From Tomorrowland. It’s about a family who live in space so it’s been exciting to have the opportunity to invent new planets and worlds! Beyond that, I occasionally do freelance work on the side and most recently did some character designs for Nickelodeon. 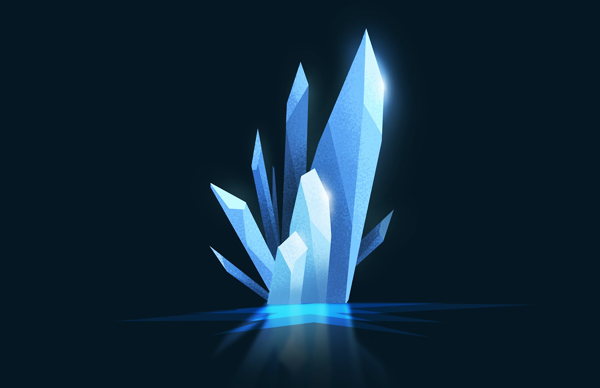 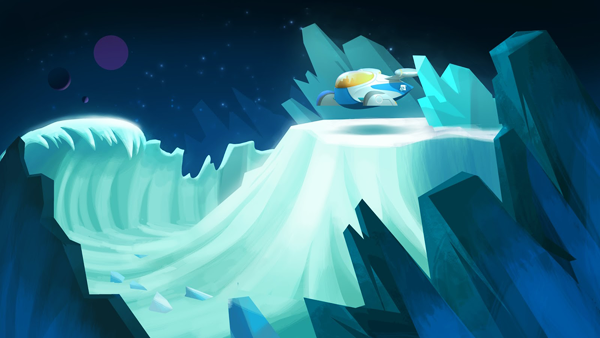 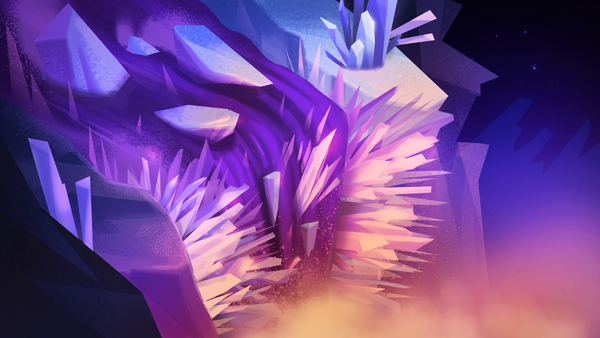 Pictured: Background paintings from Miles From Tomorrowland by Angela Li

4. How did you become involved in book cover design?
I’m actually not sure! I’ve always been interested in designing book covers but never knew where to start. So, when Simon and Schuster reached out to me I was more than happy to sign up. I had never designed a book cover before this one, but it was a great experience and I hope there will be many more to come.

5. Please tell us a little more about the design process for this cover. Were you given a copy of The Classy Crooks Club to read beforehand? Was there any aspect of the story that you knew you wanted to include in the final product?
First, I spoke with the publisher about what they were looking for in terms of style and concept. After reading a copy of The Classy Crooks Club, I was able to get a more complete understanding of the story and I started brainstorming some ideas. I came up with a number of small sketches of different ideas for what the cover could be. Then, after talking over which concept worked best for the story, I produced a more refined and detailed sketch closer to the actual size of the book. Next, I created a couple of different color scheme options to see which one would work best. Last, I began working on the final painting. After that, there were a few tweaks and edits to be made based off of the feedback I was given and you have the final cover!

6. How much (or how little) input were you given by the publisher and/or the author as to the direction, theme and style of this cover?
I worked primarily with the art director of Simon and Schuster. This was a great collaboration and involved input from both sides. There was good, clear direction but also plenty of freedom to come up with any ideas I thought would work well for the book. They had an idea of what they wanted conceptually and stylistically but were also very interested in what I could contribute.

7. Was this the first concept that you came up with for the cover? If not, what were some of the other ideas that you toyed with?
This was actually one of the first concepts that I had come up with for the cover. I liked the idea so I was glad we ended up going in this direction. We had some other slightly different concepts, one of which was to show the main characters rather than only their silhouettes. Another idea was to have the front cover portray a normal daytime scene while the back cover show the same scene but at night with everything slightly askew. This was to demonstrate that nothing is quite as it appears to be.

8. What was the biggest challenge you faced while designing this book cover?
I had so much fun designing the cover that it’s difficult to identity any significant hurdles or roadblocks. That said, the initial idea/sketch phase was the most time-consuming. I believe it’s most important to have a good concept that will catch someone’s eye, so I like to dedicate extra time to the creation of the initial concept.

9. In your opinion, what are three important elements that help to make a successful or memorable book cover?
I think it’s important for a cover’s concept to be clear and concise. The number of books on a library or bookstore shelf can be overwhelming, so you want a design that will catch a reader’s attention within a matter of seconds. If a cover’s design is too complicated or busy, it’s easy to look right past it. I would say that a great concept or idea is the most important aspect of a successful book cover. Visually you want to encapsulate what the book is about and create intrigue without giving too much away.

10. Finally, what are some of your favourite book covers?
These books have beautiful artwork, inside and out.

Wild by Emily Hughes ● The Arrival by Shaun Tan