Her Story: Ladies In Literature with Rachel Lynn Solomon 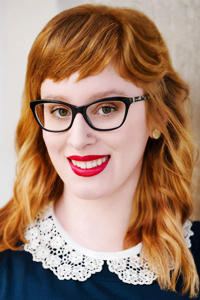 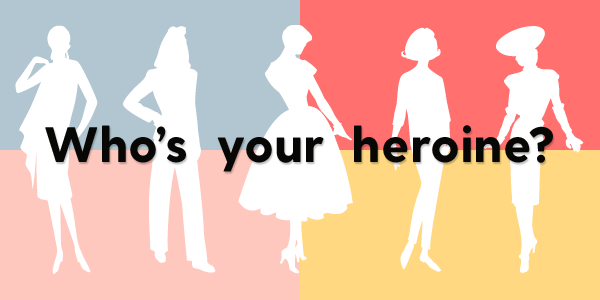 When Samantha Madison first dropped the v-word in Meg Cabot’s All-American Girl, I was shocked. Are we allowed to say that? I wondered. At 13, I was somewhat in denial about even having a body. Bodies were something we were supposed to be ashamed of – not something to discuss, let alone casually. Mine was an odd shape, and it did too many things without my permission. I blushed constantly. I was the worst player on my soccer team, which was the worst team in our division. I couldn’t find jeans that fit my combination of short legs and wide hips. My hair – was it supposed to do that, and how could I make it do something else?

Sam, who has plenty of her own insecurities, is brave for reasons entirely unrelated to the book’s main plot, which revolves around her saving the president from an assassination attempt. For me, her courage shines in this conversation between Sam, her sisters, and her older sister’s boyfriend:

“Do you even know what Georgia O’Keeffe is famous for painting, Lucy?” I asked, and when she said no, I told her:

Vaginas. That’s what Georgia O’Keeffe was famous for painting.

Or as Rebecca put it, as she came ambling past with her nose buried in the latest installment of the Star Trek saga, with which she is obsessed, “Actually, Ms. O’Keeffe’s organic abstract images are lush representations of flowers that are strongly sexual in symbolic content.”

I told Lucy to ask Jack if she didn’t believe me. But Lucy said she and Jack don’t discuss things like that with one another.

I don’t get this. I mean, she is going out with an artist, and yet the two of them never discuss art? I can tell you, if I ever get a boyfriend, we are going to discuss everything with one another. Even art. Even vaginas.

The passage grew less shocking on my second and fifth and tenth rereads of the book, and as an adult, I’m so grateful for Meg Cabot’s fearless exploration of female sexuality in her books.

When I read the book as a teen, what stood out to me was Sam’s individuality. She draws semi-risqué celebrity portraits, dyes her entire wardrobe black, and listens to ska. Thanks to Sam, I discovered Save Ferris and Reel Big Fish. I applauded as Sam found her artistic voice and used her accidental fame for good when she stood up the president. Unrealistic? Sure. Empowering? Hell yes.

Fourteen years after I bought All-American Girl at Borders (RIP), I still love all those elements. What I love most, though, is that the book is deeply feminist. It was one of the few books I read as a teen that discussed female bodies and desire. That discussion is amplified in the sequel, Ready Or Not, which focuses on Sam’s decision to have sex with her boyfriend, the first son. It talks about consent and self-pleasure – the latter still a rarity in YA – and when Sam chooses to go all the way, there are zero negative consequences.

Now that I write YA, I often think how the narrative so many girls hear is that sex is fun for guys, but painful for girls. We learn that it’s normal for guys to think about it, to want it, but “slutty” for girls to do the same. Words for male anatomy are turned in to jokes; but “vagina” makes people cringe – the way it made me cringe as a young teen. God forbid we learn about all the great things our bodies can do! We need a massive shift in sex education in this country, and characters like Sam make me hopeful, continue to inspire me.

Maybe the politics in All-American Girl feel a bit like fantasy – the fictional president is involved in judging a national art contest – and some of the pop culture references are outdated. But in so many ways, this book was ahead of its time, and that’s why Meg Cabot and Samantha Madison remain my literary heroines: they are fearless and frank, and they put girls first. 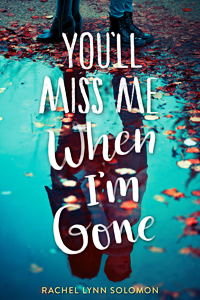 Eighteen-year-old twins Adina and Tovah have little in common besides their ambitious nature. Viola prodigy Adina yearns to become a soloist — and to convince her music teacher he wants her the way she wants him. Overachiever Tovah awaits her acceptance to Johns Hopkins, the first step on her path toward med school and a career as a surgeon.

But one thing could wreck their carefully planned futures: a genetic test for Huntington’s, a rare degenerative disease that slowly steals control of the body and mind. It’s turned their Israeli mother into a near stranger and fractured the sisters’ own bond in ways they’ll never admit. While Tovah finds comfort in their Jewish religion, Adina rebels against its rules.

When the results come in, one twin tests negative for Huntington’s. The other tests positive.

These opposite outcomes push them farther apart as they wrestle with guilt, betrayal, and the unexpected thrill of first love. How can they repair their relationship, and is it even worth saving?