New Kids On The Block 2019 with Nicole Melleby 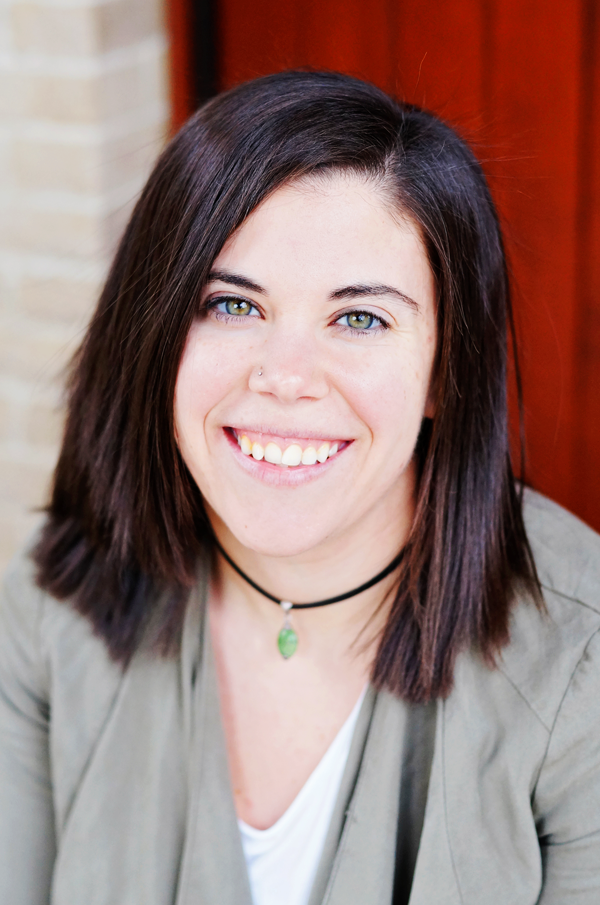 Nicole Melleby is a born-and-bred Jersey girl with a passion for storytelling. She studied creative writing at Fairleigh Dickinson University and currently teaches creative writing and literature courses with a handful of local universities. When she’s not writing, Nicole can be found browsing the shelves at her local comic shop or watching soap operas with a cup of tea.

“This is my ambition, which is founded less on anger than on love, founded more on serenity than on passion. It is true that I am often in the greatest misery, but still there is within me a calm, pure harmony and music. In the poorest huts, in the dirtiest corner, I see drawings and pictures. And with irresistible force my mind is drawn towards these things.”
– Vincent Van Gogh to his brother, Theo.

I invited myself on my aunt and uncle’s family vacation about a month before I fell into a bad (read: long) winter depression a couple years ago.

We were all meeting in New York City around Christmastime, as we do every year. My mom and I from Jersey, and the rest of that side of my family from Long Island, and we meet right in the middle, at Macy’s.

We see Santa every year. I even write him a letter.

That year my letter said:

This year I want:

(I did indeed get the sunglasses.)

It was at dinner that day, though, that I can point to and say “this is where the story starts.”

My cousin was going to be studying abroad in London that spring, and at that dinner, my aunt and uncle were talking about the trip they were planning to visit.

I promptly invited myself along.

And then I fell into a depression.

What you need to know is that the entire winter, I tried to keep writing. I even had a manuscript that I finished as fast as I could — and immediately threw it in a folder on my computer that I have not opened since. I was depressed, I was unable to hold onto my creativity.

What you need to know is that it was a long and cold and dark winter, and that’s entirely how I felt throughout it.

I was tentative and timid and tired when spring came along and I started to feel more myself again. I had big goals to try and start writing again, and big plans to go to London. It felt like a fresh start — I would get away and take this trip and come back rejuvenated, and I would come home and start writing.

I told it to myself over and over again as the trip came close.

But the truth was, I had no idea where to start. I had no ideas; I didn’t know how to begin writing again. It was a long and cold and dark winter, and spring had promise, but did it matter if I had nothing to write about?

I was desperate to prove to myself I could still do this, but I had nothing, and I told myself I would go to London and clear my mind and come home and figure it out later.

While in London, my family (and their two teenage daughters) didn’t adjust as well as I would have liked to the jet lag. I wasn’t sleeping well, and they were sleeping in late, and because I was restless and anxious, I decided to go off and find something to do to spend my mornings anyway.

The National Gallery is free. I liked the sound of that.

The National Gallery is huge. I liked that I could get lost for a couple hours before turning back.

I found Van Gogh about an hour in. I almost kept walking, because there was a crowd in front of the paintings of his that the gallery had on display, a tour being given. The tour guide was enthusiastic and loud, though. So I listened.

Well, I lurked, pretending not to listen, since I didn’t actually pay for said tour.

And the tour guide, while I listened, talked predominately about Van Gogh’s struggles with mental illness.

And I stood there, listening while he spoke about Van Gogh, looking at these paintings that Van Gogh created, and I cried.

Because it all sounded so relatable.

“I am so angry with myself because I cannot do what I should like to do, and at such a moment one feels as if one were lying bound hand and foot at the bottom of a deep dark well, utterly helpless,” Vincent wrote to his brother Theo, over a hundred years ago.

I knew that feeling. I was living it.

Before I left the National Gallery, I went to the gift shop and found a book of Vincent Van Gogh’s letters to his brother, Theo. I read all 900 some pages on the eight hour flight home.

When we landed, I knew what I wanted to write.   (And, it still wasn’t easy, but I wanted do it. I could do it. I did.)

Van Gogh became my inspiration, and Hurricane Season became my light at the end of a long, dark tunnel.

In my debut, the main character, Fig, finds solace in Van Gogh’s letters.

In real life, I found solace in them, too. 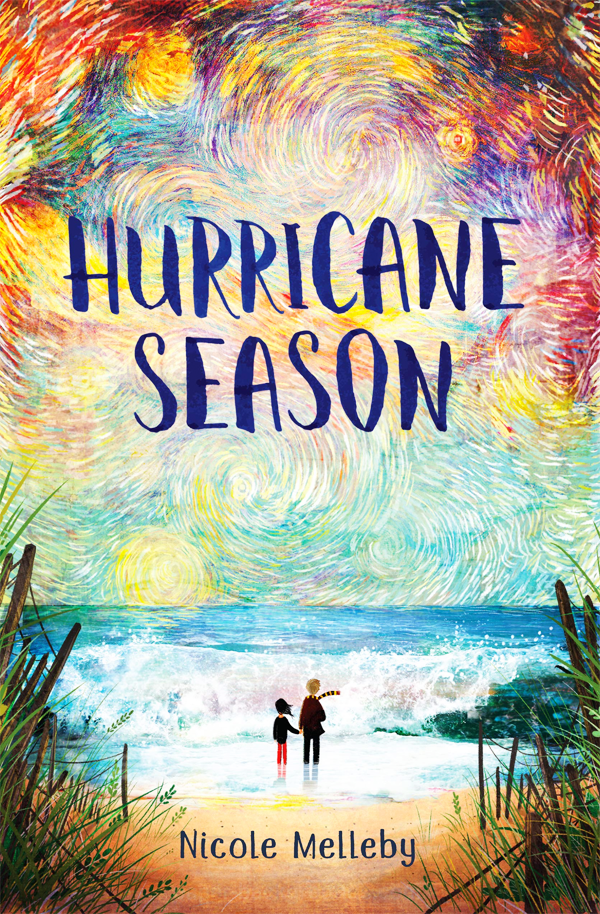 Fig, a sixth grader, loves her dad and the home they share in a beachside town. She does not love the long months of hurricane season. Her father, a once-renowned piano player, sometimes goes looking for the music in the middle of a storm. Hurricane months bring unpredictable good and bad days. More than anything, Fig wants to see the world through her father’s eyes, so she takes an art class to experience life as an artist does. Then Fig’s dad shows up at school, confused and looking for her. Not only does the class not bring Fig closer to understanding him, it brings social services to their door.

As the walls start to fall around her, Fig is sure it’s up to her alone to solve her father’s problems and protect her family’s privacy. But with the help of her best friend, a cute girl at the library, and a surprisingly kind new neighbor, Fig learns she isn’t as alone as she once thought…and begins to compose her own definition of family.

Nicole Melleby’s Hurricane Season is a radiant and tender novel about taking risks and facing danger, about friendship and art, and about growing up and coming out. And more than anything else, it is a story about love — both its limits and its incredible healing power.