New Kids On The Block 2019 with Nina Moreno 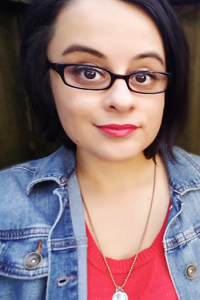 Southern bruja and sleepy gemini, Nina Moreno was born and raised in Miami until a hurricane sent her family toward the pines of Georgia where she picked up an accent. She’s a proud University of Florida Gator who once had her dream job of shelving books at the library. Inspired by the folklore and stories passed down to her from her Cuban and Colombian family, she now writes about Latinas chasing their dreams, falling in love, and navigating life in the hyphen. She lives by a swamp outside of Orlando where she enjoys listening to carefully curated playlists, hunting through thrift stores, drinking too much Cuban coffee, and walking into the sea every chance she gets. Don’t Date Rosa Santos is her first novel. She is represented by Laura Crockett of TriadaUs.

“Ay, Mama, what do you do when your dreams come true?”

That was the tweet I sent to announce my book deal. Many recognized it from “Paciencia y Fe” from In The Heights. But not everyone knew how heartbreak shadowed the joyful moment. That would be the story of this book for me as a few weeks later I received my first advance check on the morning my father died.

Wait. Let me back up. I should tell you about the book I wrote and sold after dreaming about it my entire life. Don’t Date Rosa Santos is a love story about memories, community, Cuba, and what it means to long for a place you can’t know or must forget. It was wildly exciting as a writer to explore so many of the influences and elements that made me a Latina from the South; Cuban, Colombian, and American.

But I was struggling with the third act. So, I went home to talk to Dad.

My deep love of books came from the Camagüey boy who learned English from Dr. Seuss. Questions about Cuba became ideas for quests, and a new character was born while we sat by the pool and he smoked a cigar. “Tía Nela,” he said and I chased Rosa’s journey, energized by the magic of home and storytelling. It was late summer. I sent the manuscript to my agent and went back on submission.

I received an offer that December and on the winter solstice my family popped champagne. Wait. I’m getting ahead of myself again. I have to tell you about us. About the Brooklyn Colombiana and Miami man who fell in love and got married after only two weeks. (Now that’s a good story.) My young parents hustled through those early years as they built their kids the best life they could. There were hurricanes, road trips, magic made from nothing, and so much laughter. I picked up a Southern accent and lost too much of my Spanish. And in the story of us, the winter night we celebrated my book deal will stay a perfect memory.

My dream had come true. And then ten days later, on New Years Eve, Dad was admitted to the hospital.

In January he was diagnosed with cancer. I’ll save us both from the details, but only four terrible months later, he held my hand before he had to go. I broke. I screamed at the sky. We held up my mother. Time blurs but it was only days later when I found myself out by the pool again. Alone this time. I had to edit my book about Cuba…without my Cuban father.

Writing about my family’s island was never going to be easy, because the inherited trauma of exile is difficult to unpack. But I never imagined the way grief would tangle its way into everything. It washed over me, taking me under and stealing my breath, before bringing me gasping back to the surface. I miss my dad so much. Healing is not linear, but because of the boy torn from his island and the man who gave me my first words, I know that love is as stubborn as our dreams. The roots we plant will grow and bloom into new stories, memories, and miracles.

Because on the long morning that my father sailed home, he waited until I was as okay as I could be for the next act. 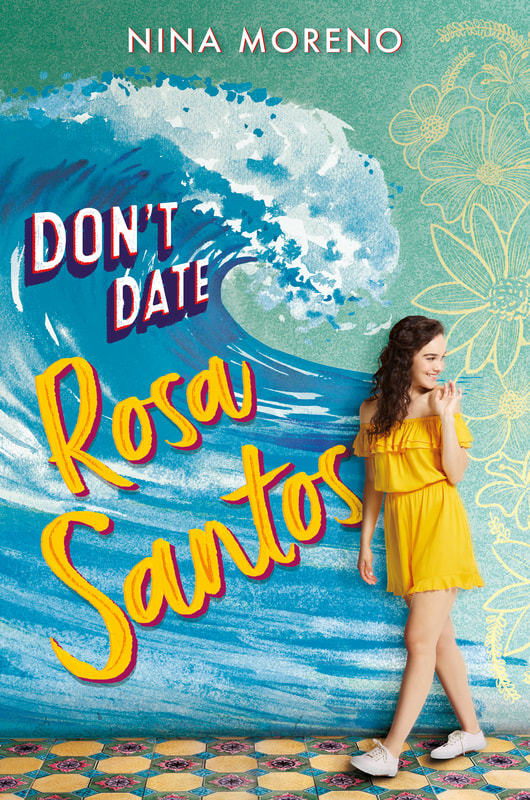 For fans of Gilmore Girls and To All The Boys I’ve Loved Before, this effervescent love story from debut author Nina Moreno will sweep you away.

Rosa Santos is cursed by the sea — at least, that’s what they say. Dating her is bad news, especially if you’re a boy with a boat.

But Rosa feels more caught than cursed. Caught between cultures and choices. Between her abuela, a beloved healer and pillar of their community, and her mother, an artist who crashes in and out of her life like a hurricane. Between Port Coral, the quirky South Florida town they call home, and Cuba, the island her abuela refuses to talk about.

As her college decision looms, Rosa collides — literally — with Alex Aquino, the mysterious boy with tattoos of the ocean whose family owns the marina. With her heart, her family, and her future on the line, can Rosa break a curse and find her place beyond the horizon?