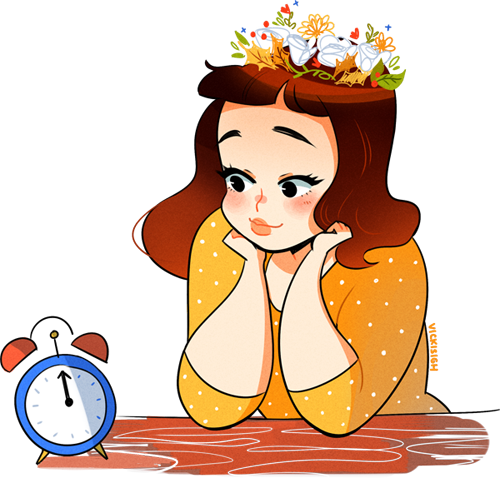 WWW Wednesday is a regular feature on Pop! Goes The Reader in which I highlight what I’m currently reading, what I recently finished reading, and what I plan to read next. This weekly event is hosted by Sam at Taking On A World Of Words. 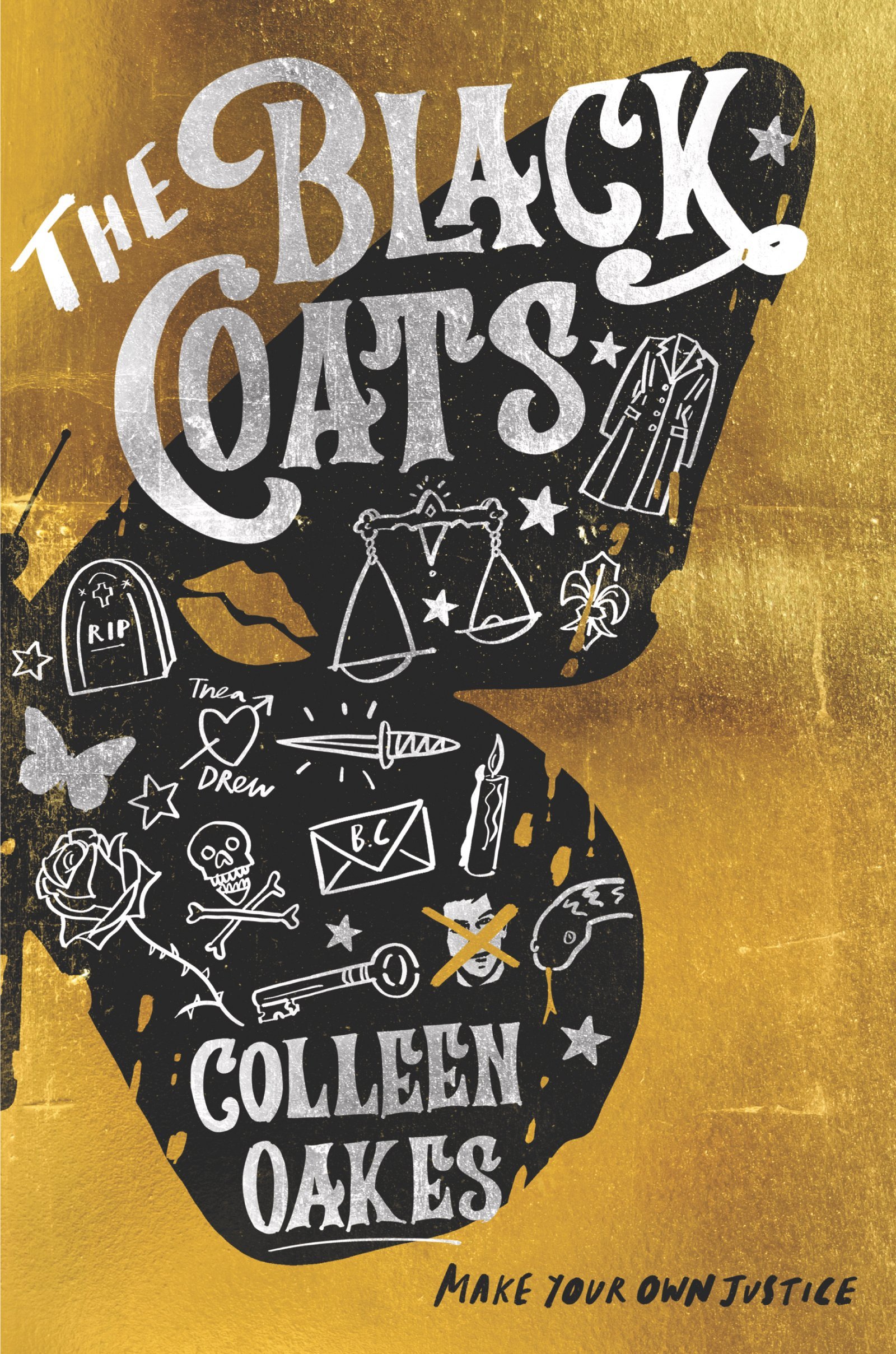 Roses are red, violets are blue. If you hurt us, we’re coming for you.

Moxie meets Female of the Species in this powerful, thrilling, and deeply resonant novel about a secret society of girls who plot revenge on the men who hurt them.

The enigmatic Black Coats have been exacting vengeance on men who have hurt girls and women for years. The killer of Thea’s cousin went free, and Thea has just received an invitation to join the Black Coats’ balancings — acts of revenge meant to teach a lesson. Justice for Natalie has never felt so close.

But as the balancings escalate in brutality, Thea’s clear-cut mission begins to unravel and she must decide just how far she is willing to go for justice.

Because when the line between justice and revenge is paper thin, it’s hard not to get cut.

I’ve only literally just begun reading The Black Coats so I can’t speak specifically about it yet, but I am always ready to read a book about sisterhood and fighting back against misogyny and sexism. This is an incredibly timely book, and one I can’t wait to read more of! 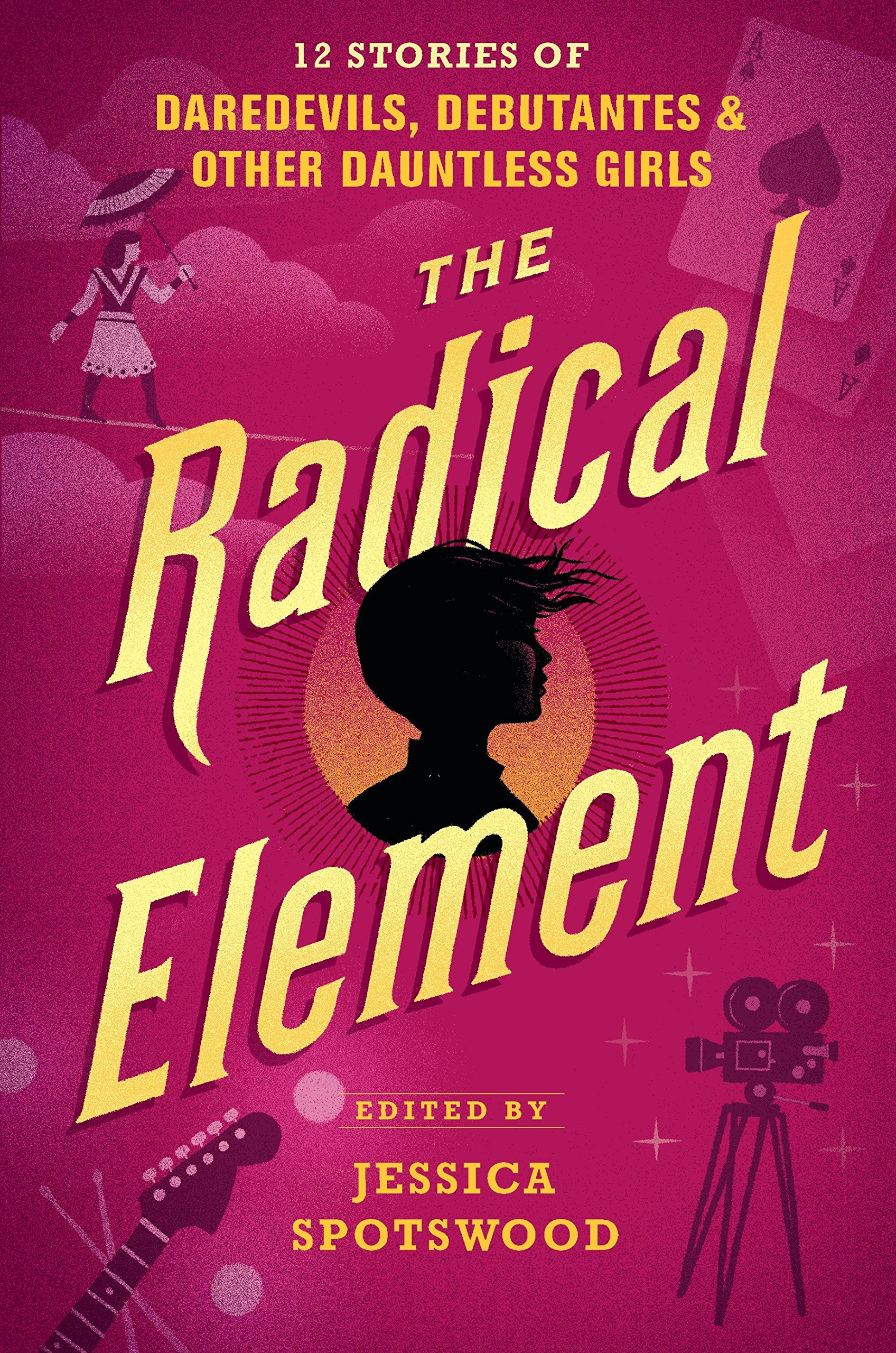 In an anthology of revolution and resistance, a sisterhood of YA writers shines a light on a century and a half of heroines on the margins and in the intersections.

To respect yourself, to love yourself, should not have to be a radical decision. And yet it remains as challenging for an American girl to make today as it was in 1927 on the steps of the Supreme Court. It’s a decision that must be faced when you’re balancing on the tightrope of neurodivergence, finding your way as a second-generation immigrant, or facing down American racism even while loving America. And it’s the only decision when you’ve weighed society’s expectations and found them wanting. In The Radical Element, twelve of the most talented writers working in young adult literature today tell the stories of girls of all colors and creeds standing up for themselves and their beliefs — whether that means secretly learning Hebrew in early Savannah, using the family magic to pass as white in 1920s Hollywood, or singing in a feminist punk band in 1980s Boston. And they’re asking you to join them.

The Radical Element is the best and strongest anthology I’ve ever read, and one of my favourite young adult novels in recent memory. There’s not a single story in this collection I would change or remove, and readers of anthologies will know what an incredible feat this is to achieve! Inevitably, in most short story collections, there’s at least one or two that won’t speak to you as strongly or ones you’ll struggle to connect with, but this was definitely not the case with Jessica Spotswood’s latest anthology. The diversity of perspectives and voices offered in The Radical Element are exciting and beautiful and I’m so thankful I own this book in hardcover so I can read it again and again. While it would be a very big undertaking, I’d love to write a formal review post about this book in the future so I that I can speak more specifically about each of these stories in detail, but for now please believe me when I tell you this is one anthology you don’t want to miss! 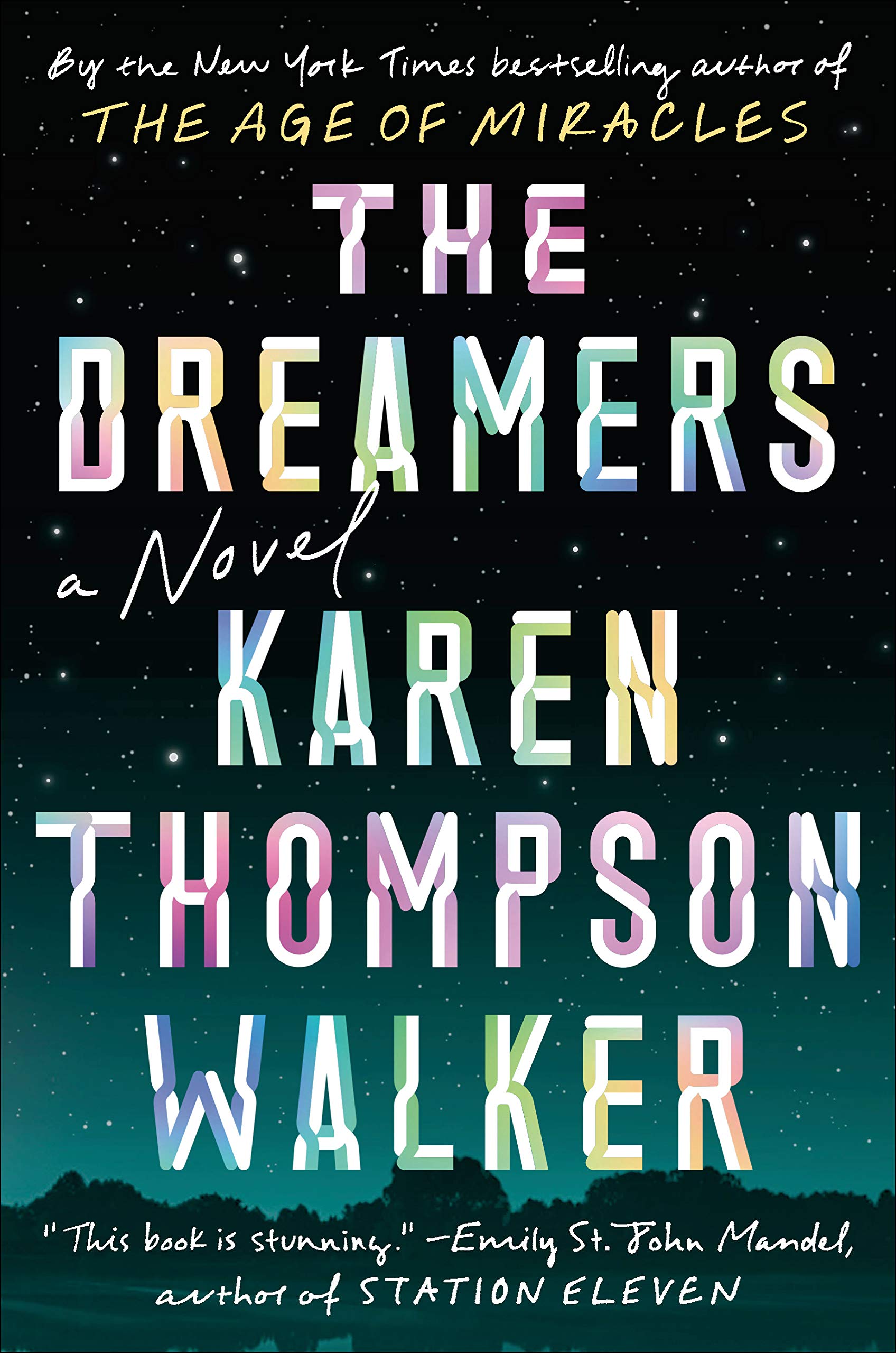 A strange illness induces sleep and heightens dreams in an isolated college town, transforming the lives of ordinary people, in this mesmerizing novel by the New York Times bestselling author of The Age of Miracles.

A college girl tells her friends that she’s feeling strangely tired. The next morning, when they find her in bed, she is still breathing – but she won’t wake up.

Within a few days, another student, down the hallway, won’t wake up.

As the sleeping sickness spreads, the town is turned upside down. We meet Ben and Annie, a young couple determined to keep their newborn baby safe; Sara and Libby, whose survivalist father has long prepared for disaster; Mei and Matthew, and other college students. A quarantine is established, the national guard is summoned. Yet, those who have fallen asleep are showing unusual patterns of brain activity. More than has ever been recorded in any brain – asleep or awake. They are dreaming – but of what?

With gorgeous prose and heart-stopping emotion, The Dreamers startles and provokes about the possibilities contained within a human life, when we are awake and, perhaps even more, when we are dreaming.

The Dreamers by Karen Thompson Walker was one of my most anticipated 2019 releases and a book I had pre-ordered several months prior to its release. Unfortunately, after a lacklustre experience with both her debut, The Age of Miracles, and a similar experience with The Dreamers, I’m beginning to think Walker’s writing simply isn’t the best fit for me. While I’m always really intrigued and excited by the concept of this author’s novels, the execution always leaves a little something to be desired. With both of Walker’s novels I felt disconnected from the characters and because I felt as though I was being kept at a distance, I was never truly able to invest in their desires or fate. I fell asleep while reading this novel on three separate occasions (the irony of this is not lost on me) which I think speaks to my level of engagement (or lack thereof) with The Dreamers as a whole. That said, please don’t let me dissuade you from reading this book if the synopsis intrigues you! Walker’s writing is leisurely, quiet and nebulous, and I’m sure The Dreamers will be a new favourite amongst many readers. Sadly, despite my best efforts to the contrary, I’m just not one of them. 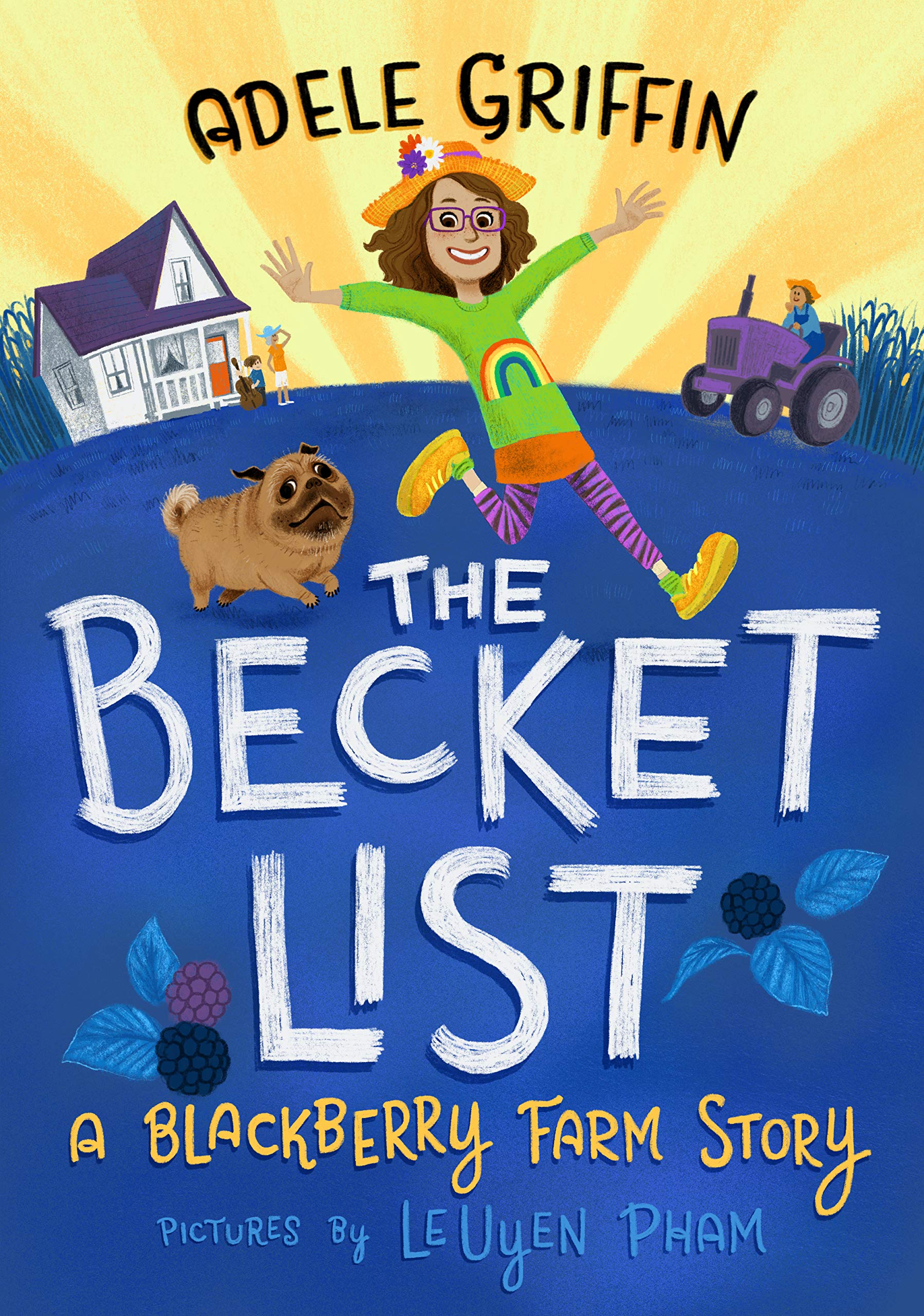 Adventure and discover with the bold and intrepid Becket Branch when her family’s move from city to a country farm means big changes!

Everything is changing for Becket Branch. From subways to sidewalks to safety rules, Becket is a city kid born and raised. Now the Branch family is trading urban bustle for big green fields and moving to Gran’s farm, where Becket has to make sense of new routines from feeding animals to baling hay. And as much as Becket loves to yell “Beautiful Alert!” there’s a lot about the countryside that is just plain odd.

But Becket is ready to put her own spin on country life. Whether selling her mouth-puckering lemonade, feeding hostile hens, or trying to make a best friend of her new neighbor Frieda Franca, Becket is determined to use her city smarts to get a grip on farm living. Laugh and learn with Becket as she mucks through the messy, exuberant human experience of change she didn’t ask for, in a story that sparkles with quirky characters and lasting connections.

After struggling with The Dreamers, I searched my shelves for a light, effortless read that would be entirely different from its predecessor and I’m so thrilled I decided on Adele Griffin’s forthcoming April 2019 release, The Becket List! I won’t speak at length about this book now because I’n hoping to share a longer review either later this week or next, but suffice it to say The Becket List was an absolute delight and one I wouldn’t hesitate to recommend to younger readers. 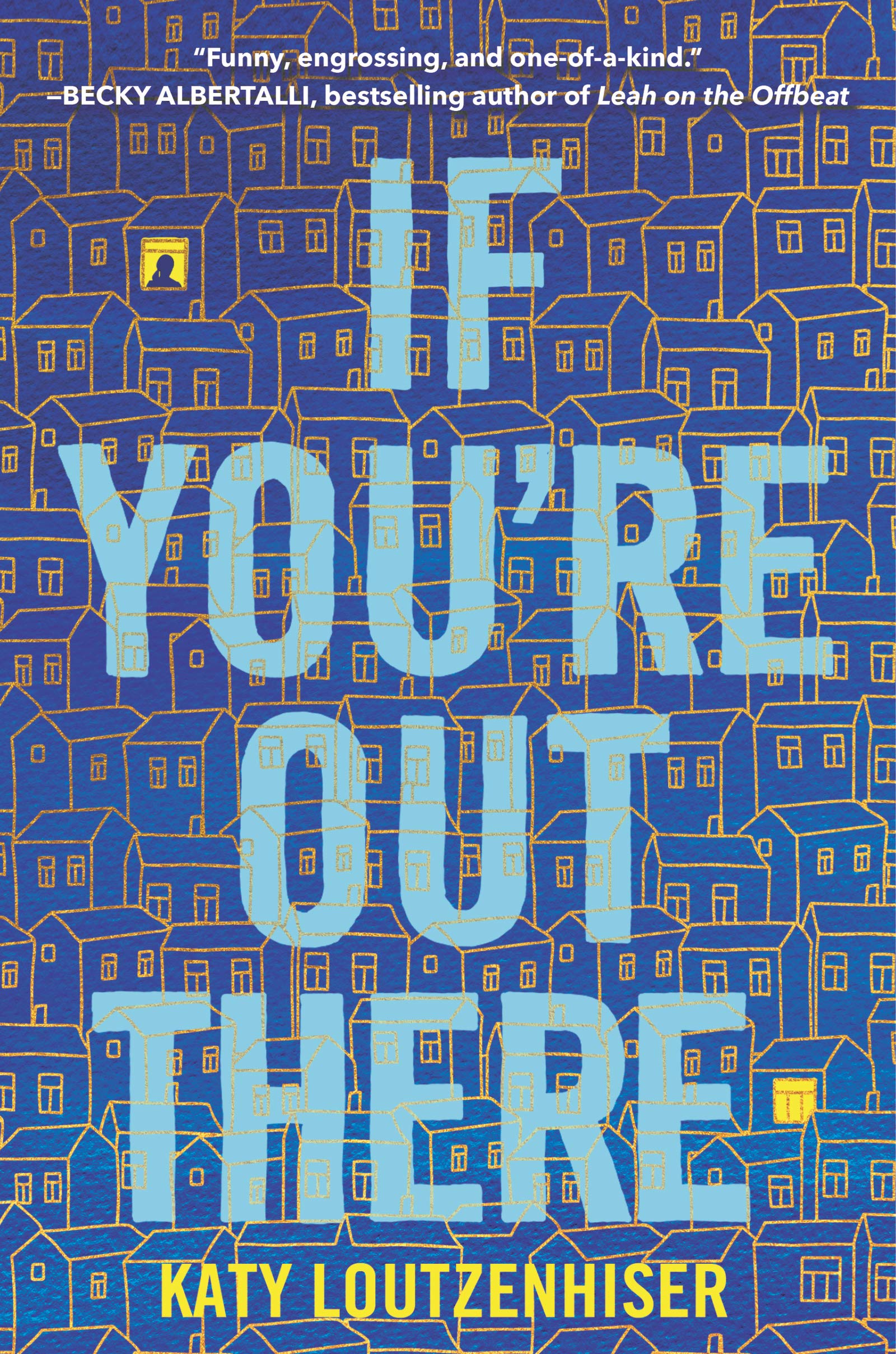 Part whip-smart suspense tale, part touching story of friendship, this is an extraordinary debut about a determined teen trying to solve a mystery no one else believes in.

After Zan’s best friend moves to California, she is baffled and crushed when Priya suddenly ghosts. Worse, Priya’s social media has turned into a stream of ungrammatical posts chronicling a sunny, vapid new life that doesn’t sound like her at all.

Everyone tells Zan not to be an idiot: Let Priya do her reinvention thing and move on. But until Zan hears Priya say it, she won’t be able to admit that their friendship is finished.

It’s only when she meets Logan, the compelling new guy in Spanish class, that Zan begins to open up about her sadness, her insecurity, her sense of total betrayal. And he’s just as willing as she is to throw himself into the investigation when everyone else thinks her suspicions are crazy.

I’ll be the first to admit this portion of the post is always difficult for me to write because I’m very much a mood reader so it’s hard for me to determine ahead of time what I’ll read next, but If You’re Out There is definitely at the top of that list. If You’re Out There is scheduled to be published relatively soon (March 9th 2019) and was recommended and sent to me by Donna Bray. Donna and Balzer + Bray have never let me down, and I’m so excited to get to the bottom of this contemporary mystery!